A 360-degree factual content company, Off the Fence makes, acquires, localizes and distributes titles that cover a broad cross-section of nonfiction programming. With autumn and the corresponding market season—virtual or otherwise—upon us, the company has a catalog boasting fresh, compelling programming for keen buyers on the hunt for titles that can sate viewers’ healthy appetite for factual content.

“We’re a one-stop-shop for factual and factual-entertainment shows, which makes it easier for buyers to differentiate us from other companies, as we remain a specialist in this area,” says Loren Syer-Willoughby, head of acquisitions at Off the Fence. “Each of our new shows offers a unique perspective into familiar stories or features new groundbreaking science and natural phenomena. We work with some of the best production companies from all over the world—from France to Canada to the U.K. to Austria; no country or partner is off limits to us. We work with these amazing partners to craft and create the best version for international audiences.”

The advantages of being in the factual business are hard to overstate. More than stable, the demand for nonfiction content is enjoying an upward trajectory. “With advertising revenues and budgets on a decrease and factual content generally being more affordable, it’s certainly attractive to many clients, and even as a replacement for some scripted content,” says Stefanie Fischer, Off the Fence’s managing director of sales. “There is definitely a demand for family-friendly, feel-good shows—natural history for example. We’re also seeing a demand for content that is relevant to our day-to-day lives—like our new show Pass the Salt,which talks about the effect salt has on our bodies—but also aspiring content about conservation, sustainability and climate change.”

Among the new shows Off the Fence is launching this fall is a raft of titles from the Smithsonian Channel, including the one-off special The Blitz: Days That Changed WWII, the second season of Blink Films’ Mystic Britain and Space Disasters from Red Rock Films. Off the Fence is also representing titles from Terra Mater Factual Studios—America’s Arctic: A Refuge Imperilled and Okavango: River of Dreams—and a slate of lifestyle content from WE tv, including Beyond the Pole, which brings viewers into the world of strippers in Atlanta as they try to reach financial freedom. Working with Gravitas’ feature documentary library, Off the Fence is launching such new titles as Juice: How Electricity Explains the World from Electric Elephant Films and Humboldt: The New Season, directed by Kevin Eastwood and Lusca Frison.

Also in the catalog is a pair of history shows from Lion Television—Anne Boleyn: Arrest, Trial, Execution, a three-part co-production with Motion Content Group for Channel 5; and the one-off special Mongols: The Secret History Of, co-produced with Smithsonian Channel and ARTE. Another history show on Off the Fence’s slate is Titanic: Into the Heart of the Wreck, produced by Bleu Kobalt in France.

Natural-history documentaries Off the Fence is highlighting include the three-part series Costa Rica: The Rise of Nature from Bamboo Docs; Animal Social Networks, from Rotating Planet Productions; and the Off the Fence-produced three-part series Oceans Africa. In the science space, the company counts among its titles the aforementioned Pass the Salt, produced by Markham Street Films, and the Chanupa Media-produced A Plane to Save the Oceans, about how a Boeing 747 was plunged into the ocean just off the island nation of Bahrain and turned into a conservation marvel. Disruptive Nature, a ten-part series produced by CIC Media, explores some of the world’s worst natural disasters and the long-term effects often left undiscussed. Another season of The Fixers, from BYU TV and BCII, is also on offer from Off the Fence.

While the “new normal” brought about by the coronavirus pandemic forced changes in production protocols, it has also shifted how partnerships are secured and deals are inked on completed projects. And though in-person meetings remain the preferred way of doing business for Off the Fence, the company is finding the silver lining in digital-first dealmaking. “There’s nothing better than having that face-to-face connection with your clients, partners and friends at the usual markets and events,” says Fischer. “Zoom calls certainly cannot substitute this, but there are many benefits as well, including our ability to stretch those usual 70-plus MIP meetings over a longer period, taking enough time for each meeting, and also to be able to see everybody—even those who don’t usually attend the markets. I think it’s fair to say that since the lockdown we’ve actually seen our clients more! I think it’s great that the new norm is to hop on a video call rather than picking up the phone.”

And though the immediate future will likely call for continued flexibility and adaptability, Fischer is confident that those in factual stand to have an easier time rising to meet the challenges ahead. “Factual productions have a bigger advantage over scripted as they are easier and quicker to turn around,” she says. “As the delays of 2020 continue, we will see into 2021 that the need for finished programs will remain high. We’re also seeing an acceleration in the digital landscape, especially with AVOD, which is proving to be very exciting.”

Committed to distributing and producing high-quality and thought-provoking content, Off the Fence wants “broadcasters to rely on us to deliver factually correct, entertaining shows with good stories,” says Syer-Willoughby, who notes that Ellen Windemuth, co-CEO, created the company with passion and heart at its core. “Whether that’s caring about the planet or the people who live on it, it’s something that’s instilled in every employee here at Off the Fence; we really care about the programs we distribute,” adds Syer-Willoughby. “This, in turn, leads to increased sales activities and better client relationships, which is ultimately our most important mission.”

Chelsea Regan is the associate editor of World Screen. She can be reached at [email protected]
Previous Hungry for More
Next Glass Entertainment Inks Co-Pro Pact with Tess Holliday 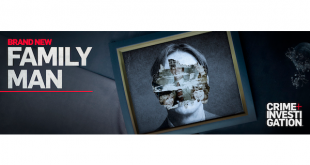 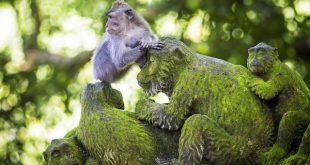 InWild Launching on Samsung TV Plus in the U.K. 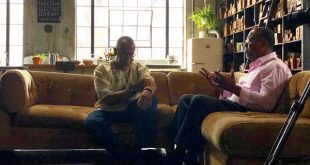 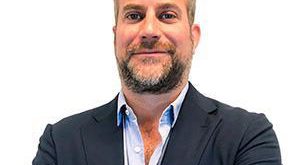 WE tv & Off the Fence Extend Distribution Deal 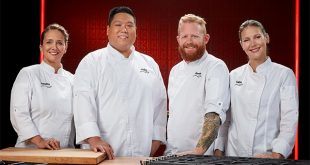 Gusto Worldwide Media has entered into a new partnership with rlaxx TV, unveiling Gusto TV across Europe as a branded food channel on the free, channel-based VOD service this fall.