Wildscreen, the not-for-profit behind the natural-history storytelling-centered Wildscreen Festival, has announced the lineup for its inaugural Official Selection program.

Wildscreen introduced the Official Selection in 2020 to discover and honor bold, authentic and diverse stories that speak to different audiences with urgency about the natural world. The program was established to open up the festival to a wider range of documentary makers, embracing independents with more relaxed entry criteria. The 2020 Official Selection honors 35 productions, 17 feature-length and 18 short films that hail from 14 countries across five continents.

Among the selected titles is Cries of Our Ancestors from Rebecca Kormos and Kalyanee Mam, which documents the peaceful relationship between people and chimpanzees in Guinea that have lived side by side for generations and the threat of bauxite mining to both of their futures. Aner Etxebarria Moral and Pablo Vidal Santo’s Bayandalai—Lord of the Taiga tells the story of the last elder of the Dukhas tribe and questions modern custodianship of nature through living testament of ancient ways of coexistence.

Sharing the Land, from Ofelia de Pablo and Javier Zurita, explores the conflict between shepherds and wolves in Europe. James Byrne’s Our Gorongosa shines a spotlight on what it means for people and wildlife to coexist. Chelsea Jolly and Whit Hassett’s This Land tells the story of land access in the U.S. through a journey of inclusion and empowerment, following runner and advocate Faith E. Briggs as she covers 150 miles on foot through three U.S. National Monuments. Joseph Purdam’s Ecosphere is a VR experience that spotlights indigenous and community-led efforts to protect the natural world through experiential stories, and Earthsongs is a joyful celebration of wild soundscapes that uses spatial computing technology from Mitch Turnbull and Ollie Lindsey.

The selections also feature films from established heavyweights of the natural history genre, including Victoria Stone and Mark Deeble’s The Elephant Queen and BBC Studios Natural History Unit’s Earth from Space and Pangolins: The World’s Most Wanted Animal.

Audiences will be able to stream the Official Selection films with selected director Q&As during the first-ever virtual edition of the Wildscreen Festival, which launches in September.

Lucy Mukerjee, senior programmer at the Tribeca Film Festival and co-founder of the Programmers of Colour Collective, said: “These engaging, emotionally impactful films eloquently and urgently present the state of planet Earth today in a way that feels both informative and inspiring. By putting the spotlight on little-known places and species, this cinematic collection reveals the high stakes of survival, and the delicate balance necessary in order for nature and humanity to coexist.”

Chelsea Regan is the associate editor of World Screen. She can be reached at [email protected]
Previous National Geographic Unveils Fall Slate
Next Ray Winstone’s Sicily to Air in the U.K. on BLAZE 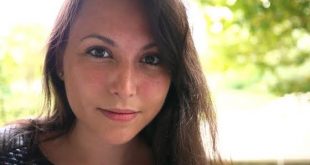 The Fremantle label Thames has promoted Shona Baldwin to the post of creative director and Charlie Irwin to director of programs.