Delbert Shoopman, co-CEO of The Natural Studios, talks to TV Real about how the company is tapping into Banijay Group’s broad global network to serve the demand for adventure programming around the world.

Earlier this week, Discovery India premiered Into the Wild with Bear Grylls, featuring the titular adventurer as he explored the Bandipur Tiger Reserve with local superstar Rajinikanth. The special hails from The Natural Studios, the venture set up by Grylls and his long-time producing partner, Shoopman, with the backing of Banijay Group last fall.

TV REAL: What led to the partnership with Banijay Group for The Natural Studios?
SHOOPMAN: Bear and I had a good amount of success in the outdoor adventure area. All the OTT platforms and networks were buying IP. We went out and found a group that could support our productions and had global scale and strong distribution capabilities. Banijay won. We have a JV with them. We’re happy to be part of that family.

TV REAL: What sorts of content are you looking to produce?
SHOOPMAN: The easiest thing for us to do is expand on Bear’s DNA. The producing I’ve done with Bear over the last 10, 11 years, has been outdoor action, adventure, survival. We have found an amazing area to leverage Bear’s name, which attracts other outdoor adventure, survival, extreme people. With The Natural Studios, we’re going to focus on original IP, leveraging Bear’s name, but finding adrenaline-fueled TV stars who have yet to be found and exposing them on this cool platform, and we’ll go from there.

TV REAL: I’ve spoken to several on-air personalities in the factual space who cringe at their earlier work. How has the journey been for Bear, and what advice can he offer new talent?
SHOOPMAN: I’m sure Bear has said the same thing about his first few seasons of Man vs. Wild. He was pushed into doing television by his wife, Shara. She said, you’re an adventurer, go out, give it a chance, you never know where it’ll lead. Lo and behold, he’s the leading name in that area!

Not a lot of people jumping in have that kind of mentorship from somebody like Bear. There aren’t a lot of places that will have somebody who has already been there, done that. I think television needs that mentorship across all jobs, from talent to producing to deal-making. Hopefully, through The Natural Studios, Bear can provide that tutelage, that understanding, that we have painfully learned over the years, so they don’t have to go through that.

TV REAL: What are you working on with the team at Banijay Asia?
SHOOPMAN: It’s been an amazing relationship. We shot [an episode of Into the Wild with Bear Grylls for Discovery India] with Rajinikanth, who is the Tamil superstar of India, at the Bandipur Tiger Reserve outside of Bangalore. In India and some other territories, we are using Bear’s global footprint and the need for territory-specific programming to penetrate markets. When we did the [Man vs. Wild] episode with [Indian PM Narendra] Modi, we were blown away by the fanfare we received. So the most no-brainer thing to do was do more content in that territory. When we got the deal done with Banijay, our first logical step was to call Deepak [Dhar, CEO of Banijay Asia]. The deal got done in October, and by December, we already had this commission. We just needed to sort schedules, sort locations. There’s a huge appetite in India for outdoor adventure and specifically Bear, and Deepak has been amazingly supportive.

TV REAL: Are you looking at other partnership opportunities across the extensive Banijay portfolio?
SHOOPMAN: The cherry-pick was Banijay Asia. From that, we immediately had interest from a lot of other companies wanting to support our initiative. We’ve been working with RDF and IWC in the U.K., the team out of Australia, and we’ve been working closely with Bunim/Murray and Banijay North America.

TV REAL: Has the move from NBC to Nat Geo changed Running Wild?
SHOOPMAN: I’ve been extremely happy with that relationship. It is very difficult for a production to move from one network to another and keep what it is at its heart. Nat Geo has been the most amazing, open-armed, welcoming network I could ever ask for! They didn’t ask for the DNA of the show to change. More or less, they asked if we could add more things, like the territories and locations we go to—can they be bigger characters and match Nat Geo’s golden border brand? We didn’t have to change much, but we added to create a more palatable and relevant show for Nat Geo. NBC wanted to drive home celebrity because it was a prime-time show. Nat Geo wants a balance of celebrity and a, look at this location and the heritage and the history behind where we’re at and what you’re doing. They added more education, more edutainment. I’ve learned so much over the last season!

TV REAL: There are so many places to pitch to today. How do you determine what would be the best home for a project?
SHOOPMAN: If it’s a Bear-fronted show, we’ve done a really good job at making sure he’s not overexposed. We pick and choose our projects very specifically. Running Wild is our marquee show, it’s on Nat Geo. When we did the deal with Netflix, we wanted to make sure it wasn’t just, Here’s Bear again, surviving! When we pitched to Netflix, we had read an article that they were getting into interactive programming. Bear wants to empower youth; let’s face it, a lot of kids aren’t getting outdoors anymore, so how do we bring the outdoors in? We now have an interactive show. We break it down as, Where can we go and what can we do that is unique to that platform? We teamed up with Amazon Prime to do World’s Toughest Race: Eco-Challenge Fiji. That’s an endurance race for adventurers and explorers. It’s unique to that platform. We’re not going to do that with Discovery or Nat Geo. We keep very fine walls of where we can do something and what we can do. What can we provide to X network that is natural to us, unique to that platform, isn’t overexposing us, and that we can put our whole heart into? The last thing we want to do is be overexposed or look like we’re just out there as a money grab because we’re leveraging such a great brand.

TV REAL: How did your partnership with Bear Grylls begin, and what do you enjoy most about working with him?
SHOOPMAN: Ten years ago, Bear found me on a production with Discovery Channel. We became pals, really quick. We were together for 18 hours a day for three weeks straight! He needed help with some stuff. He had a manager and an agent and was kind of getting lost in the system. He’s an outdoor adventure guy. He needed a friend with some know-how of how the business works. So he said, Can you be my first employee? I don’t know where we’re going and I don’t know what we’re going to do, but I’m sure it’s going to be great! That was that! Bear has been my best friend in that time; he’s been my brother and he’s welcomed me into the family so much. His enthusiasm is what makes the machine work.

This interview was conducted prior to the COVID-19 global pandemic. Media companies are currently shifting their strategies in the wake of production postponements.

Mansha Daswani is the editor and associate publisher of World Screen. She can be reached on [email protected]
Previous Double-Season Renewals for Netflix’s The Circle, Love Is Blind
Next Doc on Aussie Football Legend Adam Goodes to Go Global 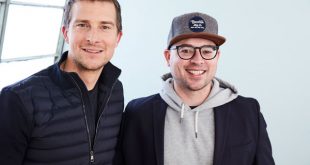 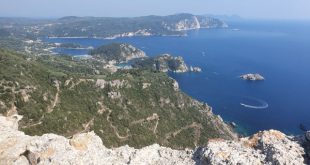 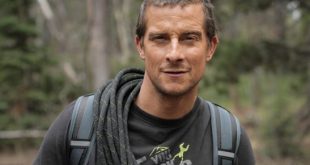 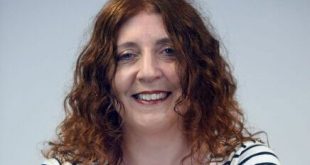 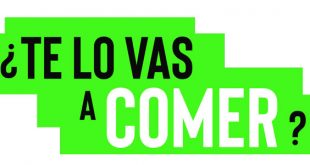 Are You Going to Eat It? Returning for Second Season in Spain 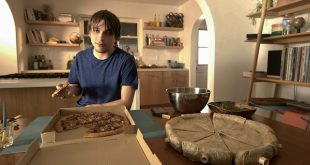 Let’s Roll with Tony Greenhand, from Leftfield Pictures, is set to join the slate of the soon-to-launch streaming platform Quibi.