Putting the finishing touches on his three-part event miniseries The Titans That Built America, which premieres on The HISTORY Channel on May 31 (Memorial Day in the U.S.), Stephen David was reminded that history does frequently repeat itself. Using a mix of scripted drama, archival footage and talking heads, The Titans That Built America chronicles the stories of Pierre du Pont, Walter Chrysler, J.P. Morgan Jr., Henry Ford and William Boeing, fierce rivals who ultimately combined their resources to help America win the Second World War.

“It was weird to be telling a story that was happening as I was making it,” David tells TV Real. “We were making a story that happens after a pandemic, with a roaring 1920s, a market crash and then a depression, a new deal and a wealth tax.” With President Biden working to put in place his American Jobs Plan amid the ongoing impacts of the Covid-19 pandemic, the parallels to today were clear to David. “It was actually kind of hard to stay neutral constantly,” he says. “We can’t give an opinion, we just have to tell the story, but there’s no way not to talk about it when it’s in the news!”

Produced by Banijay-owned Stephen David Entertainment and distributed by A+E Networks, The Titans That Built America serves as a follow-up to the Emmy-winning The Men Who Built America. That miniseries, broadcast on HISTORY in 2012, focused on J.P. Morgan, Andrew Carnegie, Cornelius Vanderbilt, Henry Ford and John D. Rockefeller, exploring how they shaped America from the end of the Civil War through to the beginning of World War I. Titans picks up the story of America in 1918 and runs through 1945, examining how du Pont, Chrysler, Morgan Jr., Ford and Boeing revolutionized motoring, aviation, construction and weaponry.

Asked how he set out to compress 50 years of history into a three-night event, David says, “I do have a method. I have everyone do research; tell me everything that happened over those 50 years. I put note cards over all the walls. And then, I use a string and start to try to find a story. And I ask more questions and more questions. That takes about six months. On this one, it actually took one year. You have to know everything to figure out what story you’re going to tell. By the time you’re finished, if you’ve done it right, it looks like, Of course that’s the story you’re telling! What else would it be?”

The series was shot in Ireland smack in the middle of the pandemic, with filming wrapping just as the country implemented a new set of Covid-19 restrictions in September. The production had 150 people on set and made it through filming without a single positive Covid case. It was, David says, a uniquely memorable experience. “We did the production meeting in an airplane hangar, with everyone in masks, 15 feet apart, using a loudspeaker.”

In addition to the scripted reenactments, the production is peppered with a range of experts, from history professors to CEOs of Fortune 500 companies. “We want diverse perspectives of this time period,” David says. “It is amazing to run across people who know so much about it. We tried to find people who would give us interesting insights.”

For David, “digging into the psychology” of these historical figures is a priority when he’s making docudramas. “That psychology affects their micro world as they’re trying to fill some void—which then has a massive effect in the macro world. Everything changed because they were just trying to fill some personal void.”

David has pioneered the factual docudrama genre with credits that include The World Wars, The American West, Roman Empire: Reign of Blood and The Making of the Mob. “It’s one of the harder genres to work in,” he says. “I used to be a screenwriter for studios. Then I was doing reality shows and documentaries. For me, it was a mashup of the two. To get the feeling right, you can’t be in drama too long because then the audience starts to feel that it’s not true, and you can’t be in doc too long because then you’re just being washed over with information, and you can’t even remember what you’re hearing. My hope is you can watch it as a scripted drama based on characters, but then, [you realize], Oh, this is all true!”

His own approach to the genre has changed since The Men Who Built America. “I think the audience is so much more evolved now. I don’t know that I could have done six different main characters in one episode and the audience would have followed them. Maybe they would have, but that’s not what was happening back then. I was almost doing biographies—one character would hand off to another character. I didn’t have them all at the same time intertwined. The audience can handle that now; they’re much more sophisticated. Plus, I feel like the audience expects the characters to be more real, more complex. These people were good and bad. There are a lot of horrible people that do huge things, right?”

The Men Who Built America paved the way for David’s relationship with Leonardo DiCaprio’s Appian Way Productions, which is exec producing The Titans That Built America. “When he was up for the Oscar for The Revenant, he was doing all these interviews and he kept talking about The Men Who Built America. And he was saying all these great things about it! So I said, Maybe we should call them and see if he wants to do something? We did. And he did want to do something. This is the fourth project we’re doing together. And we have another one after this. They are great partners. Leo is very interested in history.”

David, who has been part of the Banijay family since 2015, is also working on a new project with Banijay Rights. Having the backing of a global powerhouse has numerous benefits, David says. “Banijay has so many different companies that I do get a perspective of what’s going on in the world. I know what’s hitting, what’s popular. And this genre actually travels really well throughout the world. The way Banijay works, they just want you to do whatever you’re going to do. They let you be whoever you’re going to be, but you have the support of being part of something much bigger. It’s a good combo for me.”

Mansha Daswani is the editor and associate publisher of World Screen. She can be reached on mdaswani@worldscreen.com.
Previous Borussia Dortmund Docuseries for Rakuten TV
Next Sky, Peacock to Premiere Ghislaine Maxwell Doc 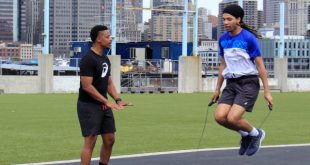 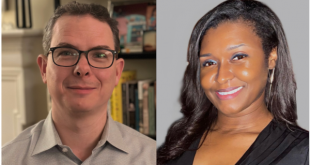 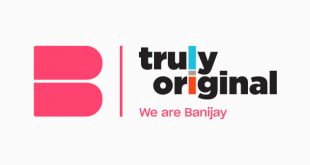 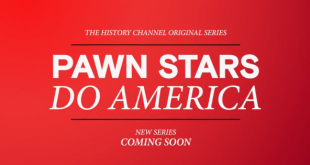 Pawn Stars Spin-Off to Debut on The HISTORY Channel 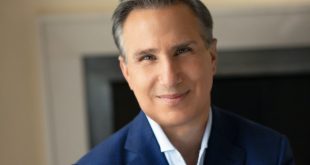 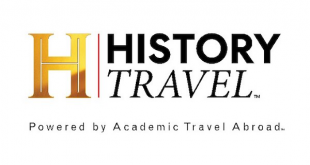 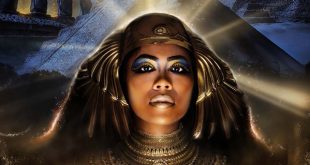