NEW YORK: Next month, Smithsonian Channel is set to debut Boomtowners, an original docuseries tracking the oil rush in North Dakota and Montana. The 6×1-hour series will premiere April 26, though the first episode will be released for free April 19 online, on mobile platforms and on Apple TV, Roku and Amazon Fire TV. The … 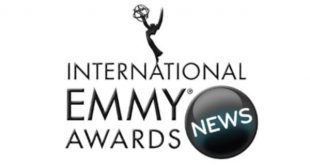 The International Academy of Television Arts & Sciences has unveiled the nominees for the news and current affairs categories, with eight nominees spanning six countries.