Rakuten TV is launching its new original documentary The Secrets of La Roja: World Champions 2010, which follows the path of the Spanish national football team through the 2010 FIFA World Cup.

The documentary will launch for free on Rakuten TV’s Rakuten Stories channel on July 9, coinciding with the tenth anniversary of the World Cup for the Spanish team. It is narrated in the first-person by a variety of footballing legends, including Andrés Iniesta, Xavi Hernández, Iker Casillas, David Villa, Pedro Rodriguez and Vicente del Bosque.

Teresa López, European content director at Rakuten TV, said: “The World Cup was a milestone for Spanish football history. At Rakuten TV we wanted to pay tribute to the team who achieved such a feat; the players, the coach and all the team involved that made possible this historic moment for Spain. We are sure that football fans will recapture the emotion of such a historic day and will vibrate thanks to this exciting documentary.”

The Secrets of La Roja: World Champions 2010 is a production of Rakuten TV in collaboration with Spanish production company Grupo Secuoya, while the original idea came from Sports & Life.

Kristin Brzoznowski is the executive editor of World Screen. She can be reached at [email protected]
Previous Forged with Steele Renewed for Season Two
Next Glass Entertainment Group Builds Podcast Slate 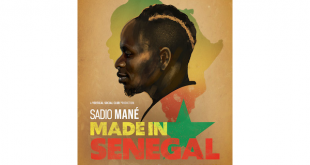 The ballroom competition series Legendary has been renewed by HBO Max for a second season.