SYDNEY: Modern Times Group (MTG) has acquired the factual series Status: Vacant from Escapade Media, to air on the Viasat History channel across Scandinavia and Eastern Europe. The 13×30-minute series, which is being produced in 4K by Showrunner Productions, is due out in the second quarter of 2016. It just entered its first month of … 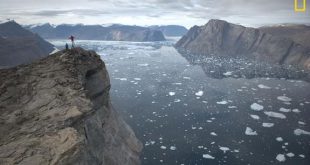 Alex Honnold and Hazel Findlay’s ascent of Ingmikortilaq, one of the world's tallest unclimbed natural monoliths, is set to be featured in the forthcoming Disney+ series On the Edge with Alex Honnold (w.t.).