marblemedia is launching three new factual series for presale opportunities, and the company has also confirmed the Netflix premiere date of Restaurants on the Edge.

Driven by market demand for high-quality factual and a changing media landscape, marblemedia has been busy developing global projects in the unscripted and factual space, primarily across history, crime and adventure. Two series have been created and developed in-house by marblemedia, with a third created by Emmy Award winner Alex Rader of Ice Road Truckers and The Amazing Race fame.

Women at War: Female Agents of the S.O.E. is an 8×60-minute history series that examines the female leaders, saboteurs and assassins of Winston Churchill’s Special Operations Executive during WWII. Ten-parter Close to a Killer, meanwhile, is a tension-filled true-crime series that explores the rarely told stories of homicide cops that are forced to go undercover to catch a murderer. Lastly, Air Wreck Recon, created by Alex Rader and produced by marblemedia, is a new “occu-doc” reality series that combines authentic characters, real-life action and natural jeopardy with epic scenery, incredible aviation and human-interest stories.

In related news, Restaurants on the Edge, marblemedia’s unscripted series about restaurants in stunning locations around the world that are need of a helping hand, has delivered to Netflix. Season one will drop globally on the streamer (excluding Canada, where it airs on Cottage Life) on February 28. Netflix Canada will then have the show from March 14.

Matt Hornburg, marblemedia’s co-CEO and executive producer, said: “Following the recent critical success of Blown Away and now the launch of Restaurants on the Edge on Netflix, we have continued our development of premium content for a global audience. Our development team works closely with Diane Rankin, senior VP of rights and executive producer at Distribution360, our distribution arm, capitalizing on her and her team’s market intelligence and network of international buyers.”

Air Wreck Recon Close to a Killer marblemedia Restaurants on the Edge Women at War: Female Agents of the S.O.E. 2020-01-23
Alison Skilton
Share

Tags Air Wreck Recon Close to a Killer marblemedia Restaurants on the Edge Women at War: Female Agents of the S.O.E.

Alison Skilton is an associate editor of World Screen. She can be reached at [email protected]
Previous Renowned Films Appoints New Head of Studios
Next Channel 4 Commissions Doc on Britain’s Most Expensive Home 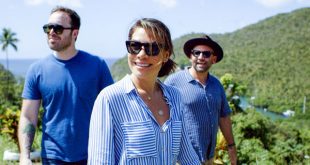 marblemedia Rolls Out Restaurants on the Edge 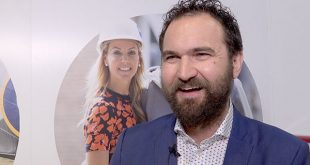 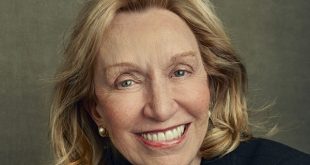 The Pulitzer Prize-winning historian talks about her role as executive producer of HISTORY’s upcoming miniseries Washington and how lessons from the past can help us today.