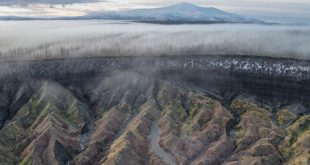 Leading distributors of science documentaries tell World Screen Newsflash about the increased interest in the genre and what makes a successful program.