As COVID-19 is creating shifts in demand around the world, Isabelle Graziadey, Terranoa’s VP of international co-productions and distribution, talks to TV Real about celebrating the company’s 20th anniversary amid the coronavirus pandemic, as well as its new strategies and offerings to satisfy broadcasters and consumers alike.

Terranoa, a part of Gedeon Media Group, has been a player on the international stage in the factual genre for 20 years. Coming onboard projects as a consultant early on to help shape them for global audiences and seek co-production and prebuy partners, the company has learned that the best way to cut through the crowded market is collaboration between the creative community and the distribution business.

“This was certainly not the kind of 20-year birthday present we expected, but like everyone in this industry, we knew we had to adapt to the new situation, trying to sense where the short-term needs would be,” says Graziadey. “So we refocused our sales and marketing efforts to offer our titles under new programming hooks and thematics that we felt were in demand.” Looking to fill the void created by the cancellations of the Cannes Film Festival and Tokyo Olympics, Terranoa moved to highlight its movie-related biopics as well as its Legend of the Palme d’Or title. Further, the company created an “Anti-Corona Lineup” featuring travel and cooking series such as Planet Chef.

“At a time when viewers are forced to spend more time at home, watching documentaries is a simple and accessible way to escape and broaden their horizons,” says Graziadey. “Factual content has a role to play to respond to the crisis by offering content that entertains while educating and that helps people travel in their mind and fill their hunger for meaningful content. In that sense, this crisis re-establishes the core values and the DNA of what factual is about.”

Every year, Terranoa counts roughly 30 new titles in its catalog, developing over the years relationships with producers in France and around the world who create specialist-factual content across science, history, nature, wildlife, the arts and biopics. Among its recent success stories is the quick-turnaround event film Saving Notre Dame, which premiered on France 2 in April, and Pompeii Rising.

“The production of Pompeii Rising took three years to come to life with a full year of preliminary access talks and development and two years shooting,” reveals Graziadey, noting that the film sold into France and Germany and will air in a dozen other territories on linear channels such as RTBF, RTS, SBS, SVT, RAI, NHK, CCTV, Ceska TV, Planete + France, RSI, VRT, VIASAT and MTVA Hungary. Terranoa is also hoping to find a home for the doc in Spain and Korea. “Pompeii has fueled the imagination of viewers for generations with its tragic and brutal ending at the height of its glory in 79 AD. It is the most-visited [Ancient Roman city] with its overall well-preserved structure and amazingly beautiful artifacts,” Graziadey says, explaining the global appeal of Pompeii Rising. “Being there to capture for the first time new archeological finds in an unexplored part of the site is already a good teaser for the audience, and even more so when this helps reconstruct real life from the past as if we had been there.”

Whether it’s documentaries about historical events like Pompeii Rising or fast-turnaround films about modern newsmaking events like Saving Notre Dame, or series that transport viewers out of their living rooms and into the kitchens of celebrity chefs or on the travels of notable culture explorers, factual programming can play a key role in any broadcaster or platform’s slate—especially with people spending more time in front of the TV during the global pandemic.

“Investing in factual seems a safe bet,” says Graziadey. “The COVID-19 crisis has also created a shortage in renewable franchises and long-running series that had to stop production. This is becoming an issue and adds on to the closure of many post-production and dubbing facilities, which will have an impact on the programming of many channels and platforms in the near future. Will this benefit the factual genre and bring more variety in what viewers can see? This remains to be seen. But after 20 years of Terranoa’s moto—‘In doc we trust’—we remain confident.”

Chelsea Regan is the associate editor of World Screen. She can be reached at [email protected]
Previous Love Nature Grows Presence in Slovakia & Czech Republic
Next The Dog House Sells to HBO Max & Others 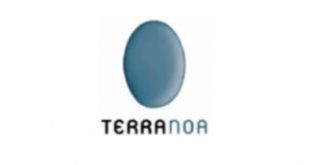 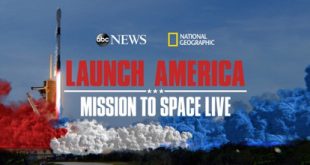