Charlie Sextro, editor-in-chief of Documentary+, talks to TV Real about his distinctive approach to curation and his acquisitions remit.

At the start of this year, nonfiction studio XTR launched Documentary+, a new AVOD platform aimed squarely at passionate fans of factual filmmaking. With its highly curated, diverse selection—which includes Anthony Bourdain’s A Cook’s Tour; Us Kids, the documentary following Marjory Stoneman Douglas students as they speak out against gun violence; and NUTS!, the far-fetched story of fraudulent doctor John Romulus Brinkley—Documentary+ is looking to bring both classics and undiscovered gems to its global audience. In the process, it is offering filmmakers a valuable second window to monetize their creations. Sextro, who has spent years as a programmer at the Sundance Film Festival, now serves as editor-in-chief. 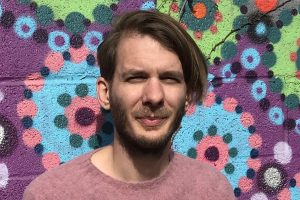 TV REAL: What’s been the approach to curating this fantastic selection?
SEXTRO: An important part when it comes to the curation is my background and my other job—I’m one of the programmers for Sundance, and that approach is baked into my being. That’s how I approach Documentary+. I started as editor-in-chief just after launch. I had been in communication with XTR last year when they were brainstorming the idea. They shared with me what they were launching with, and I thought, this is very much my taste. I came in and established an editorial schedule and a continually evolving vision for what Documentary+ is. We’re looking for director-driven, film-festival-quality documentaries: feature films, short films, docuseries. We’re looking for creative pieces that have a vision and a design behind them from the creator. We’re focused on curation and quality, not quantity. We are available globally. In the U.S., we have over 200 projects, and internationally, we have over 100. For every film I’m only getting U.S. rights for, the next film I’m getting worldwide rights, or the U.S. plus whatever territories are available. We want a tightly curated space that can start to become a go-to when you’re in that mood. Our goal is to be a trusted place for when you’re in that documentary mood and want something good that stands out. I’d like the platform to be a representation of entering a film festival program, where it’s, ooh, this sounds interesting! You’re trusting the curation and going through and saying, this speaks to my taste. I want for there to be a bar of quality but an absolute range of experiences, from silly to serious. Stranger than fiction but also meaningful and driven by a cause. To me, in programming, the juxtaposition of different films and different experiences next to each other is special.

TV REAL: It seems heavily skewed to films. How many series are in the mix?
SEXTRO: I came in February and started to build up the calendar for the year, our editorial point of view. A big thing at that point was, let’s find some docuseries that make sense for our point of view. We have an Italian true-crime series called Unknown Male Number One that originally appeared on BBC Storyville true crime. We have new series. We’re licensing from VICE. The first multi-season series we’ve launched is Anthony Bourdain’s A Cook’s Tour, his first food travel series. With Roadrunner: A Film About Anthony Bourdain in theaters and knowing it was going to be big, we decided we wanted to provide access to his very first series. I have licensed five or six additional series that will come to the platform by the end of the year.

TV REAL: In a year without physical markets, how have you approached your acquisitions process?
SEXTRO: The team at XTR, the documentary studio that started Documentary+, are constantly meeting with working filmmakers, so the word gets out through those conversations. I have a decade plus with Sundance, so I know many filmmakers, agents and distributors as well. We’re doing deals with distributors, agents and directly with filmmakers. We’ll hear from filmmakers saying they just finished their first SVOD window and have no idea where to go next, but they love the idea of being easily available to audiences and visibly featured next to other strong work. At Sundance, we’ve always talked about how documentaries are the most difficult to program because there are so many good ones! I know there’s an ecosystem of films just sitting there—they had their first window, were seen by tons of people, but then what’s next? You go on Netflix and see the top ten trending and it’s a Jennifer Garner romantic comedy from 2002 or a TV series from the ’90s. Random old pop culture is being rediscovered. It’s fun to try and create that within the documentary space.

TV REAL: As you look to build an international presence, will you be acquiring more from outside the U.S.?
SEXTRO: I’m talking to international sales agents. I’ve been on the lookout for films from great filmmakers with festival pedigrees that have never been released in the U.S. We’ll be releasing a film later this year from a recent Oscar nominee that hasn’t had a proper American release.

TV REAL: There are a lot of platforms out there. What makes Documentary+ distinctive?
SEXTRO: I like curation. There are no algorithms in what we do. I care about where stuff is placed, when it’s playing, how you are organizing it. We look to highlight that our streamer is human-created, human-directed, human-controlled. One thing I’m going to start experimenting with is bringing in guest curators to curate packages of multiple films and allow space and discussion around the curation—why these films make sense together, providing opportunities for the filmmakers to talk about their work alongside another person’s work.

TV REAL: What are some of your other current and upcoming highlights?
SEXTRO: A Cook’s Tour is up. We have in September three series from VICE (Jungletown, The Last Shot, Slutever). They’ve been great to work with and they believe in us. We have NUTS!, from director Penny Lane. It’s an incredible animated film that won an award at Sundance. Penny is one of my favorite filmmakers. It’s the 40-year anniversary of The Decline of Western Civilization, one of the all-time great documentary series. The original came out in 1981. We’ll be streaming the trilogy worldwide starting September through the end of the year to celebrate the big anniversary.

Mansha Daswani is the editor and associate publisher of World Screen. She can be reached on mdaswani@worldscreen.com.
Previous New True-Crime Originals for CBS Reality
Next Barbara Kopple Doc for The HISTORY Channel 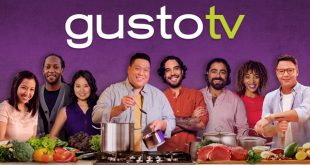 Gusto TV has gone into production on Holiday Eatz, a new ten-episode series set to air on Gusto TV’s channels across the globe this winter.