John Hendricks, the founder of CuriosityStream, tells TV Real about the early days of the cable industry, the advantages of serving factual programming fans through a streaming service, the importance of price points in the streaming wars and the value of stimulating curiosity and rendering accessible the big questions about our universe, our world and ourselves.

A pioneer of the U.S. cable industry, Hendricks was so convinced that millions of people would share his passion for documentaries that he launched Discovery Channel in 1985. After he stepped down as chairman of Discovery, Hendricks once again bet on people’s interest in science, technology, nature, history and society—this time choosing to address consumers directly—and founded the OTT service CuriosityStream. Hendricks and his teams are expanding the platform’s slate of originals and aggressively pursuing international expansion in a variety of ways.

TV REAL: Why is curiosity so important?
HENDRICKS: Curiosity is a fundamental human trait that drives [us] toward progress. Curiosity is behind all entrepreneurial efforts, but it’s also part of driving civilization forward.  It’s fundamental to who we are as humans.

I’ve discovered in my career that in terms of television, all humans are curious, but about 40 percent are deeply curious—about where we came from, our history, where we’re going. They’re passionate about science and technology. My career has been focused on trying to satisfy curiosity through this magical medium of television, which has progressed through the years. Now we have on-demand streaming, which is what I think of as the third revolution of television. We’re pleased to offer this service to help satisfy curiosity.

TV REAL: What is CuriosityStream’s mission?
HENDRICKS: There are four big, durable categories of television: movies and scripted content; factual; general entertainment, with everything from sitcoms to game shows and reality TV; and live sporting events. When you look at factual entertainment, it’s been durable through broadcasting. We address the entire category of factual entertainment; we are not a niche service. By doing so, we embrace and encompass all of the many niches under factual. There’s science, nature, history, technology, human interest stories about the human spirit and there’s also a big category that we label as “society,” which covers current-events programming, and we offer that through our short-form feature Bright Now. We address the full category of factual entertainment, and we think that’s the best way to help satisfy curiosity.

We have noticed that in the streaming business, it’s very perilous if you’re a niche service. We’ve seen several niche movie services that have shut down. We think it’s safer to play the full factual category the way that Netflix has certainly played all the categories of movies; that’s going to have a bigger future than someone who addresses a niche. That’s the big lesson from our years in the business.

TV REAL: At what point in your career did you start to understand the power of on-demand programming?
HENDRICKS: My early insight was when we did a very expensive original production called In the Company of Whales. Many people were ordering the VHS tape, paying $19.99, waiting five or six days for delivery. That was our first indication that people would pay money and be patient to try to get control of one great video. We began to test near-video-on-demand in the early ’90s, when digital started to materialize; we created channels dedicated to individual TV shows. We saw again that the consumer would readily respond to that. And we tested if consumers would pay $8 a month—this was back in 1993—to have a menu of content that they could watch at any time, and we saw that the results were very encouraging.

As a result of that, at Discovery, we were one of the earlier investors in TiVo because TiVo allowed people to get more control of the content they wanted to view. I’ve been armed with this knowledge since the late ’80s, early ’90s, that when streaming would materialize or tech would allow people to watch what they want to watch, it would sweep the planet.

TV REAL: Since you launched CuriosityStream, what have you learned about viewers’ tastes, and how does that inform what new programming to produce or acquire?
HENDRICKS: We closely monitor the viewing interests of our viewers. For years in linear TV, we only had audience estimates through Nielsen. But now we know exactly what people are watching. From the very beginning, I was surprised by the interest in subjects as deep as quantum physics! Maybe that was because, during our launch years, there was the search for the Higgs boson particle, which was finally discovered. I think a lot of people didn’t study quantum physics in college and wanted to understand more about that; television and CuriosityStream was a great way to do that.

We’ve also looked at subjects that people have an interest in, like home and food. By tackling all of the topics under factual television, we can leave ourselves open to follow the viewers’ interests. We are pleased to see the interest in our history programming. At the same time, there can be [interest in] a large animal like some of the big cats that roam the planet. I would put nature, science and history programming at the top of the list. Then there’s lifestyle programming, for people who just want to know about things that they encounter in their lives like cuisine and homes.

TV REAL: How are you looking to grow the service’s subscriber base?
HENDRICKS: We want everybody on the planet to be able to access CuriosityStream if they have a broadband connection. We want to make it extremely affordable. Twenty years ago, people would pay $4 to rent a movie for a few days or $19.99 for one DVD or VHS. Our service has an annual plan that costs only $19.99, so, for $19.99—what we used to pay for a DVD—you can have all 3,000 titles of CuriosityStream available at any moment for a whole year. That’s one way we continue to drive our service, going direct-to-consumer, over-the-top.

In addition to that, we are working with major distributors—from Comcast and Cox to Amazon and Apple TV+—to make sure that our content is easily accessible for everybody who has a satellite service, cable connection or streaming connection. We call that “working back through the middle,” as services like Netflix and CuriosityStream are offered more and more through distributors.

To grow that, we’re coming up with exciting plans where we’re now bundled as part of the basic customer offering of major distributors. One of the first of those distribution arrangements was with a large cable system in Singapore, StarHub. All of the StarHub subscribers have access to CuriosityStream. In the U.S., we made a similar arrangement with Altice. We refer to those as bundled relationships, and that will be the key to our growth into tens of millions of households around the world.

TV REAL: Which territories are you focusing on for expansion?
HENDRICKS: Outside of the U.S., we’re focused on Europe. We have an agreement with SKY in New Zealand. We are looking at Africa; we launched in South Africa on DStv. We’re looking at all the continents. We started in the United States, but within a few months, we had our service available in over 175 countries.

Our platform is very robust. When we produce original content, we own all the rights, worldwide, in perpetuity in all forms of media. When we acquire rights from a third party, sometimes it’s partial rights. We have done a great job of clearing most of the rights for a worldwide exhibition. It’s challenging for everybody who wants to be an international streamer, but the rewards are many when you get your service viewed worldwide by families on every continent.

TV REAL: The streaming wars have begun. Where does CuriosityStream sit in this landscape?
HENDRICKS: The first advantage that we have is that factual content doesn’t cost nearly the amount that a scripted series or movie costs. There’s a huge cost advantage when you don’t have to pay actors and film producers and film directors.

The big competition in the streaming world is largely in that scripted space. To demand a $12.99-and-above price [per month] for a scripted SVOD service, you need to invest enormous sums. And they have to have exclusive content, which means exclusive relationships with certain producers and directors.

We are right in the midst of the streaming wars, and we want to keep safely in the factual space, where the content spend is much less. We also have the advantage of not playing in a niche area. We think there might be a lot of competition in niches within factual, so we want to stay above the niche plays and play the full factual category. That’s a safer place to be to develop a service that has universal appeal; that has a much greater chance of getting packaged in a bundle on distribution systems around the world.

Anna Carugati is the group editorial director of World Screen.
Previous HBO Max & CNN Films Team Up for 2020 Primaries Doc
Next Louis Theroux: Life on the Edge to Bow on BBC Two 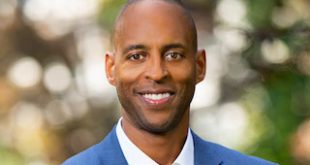 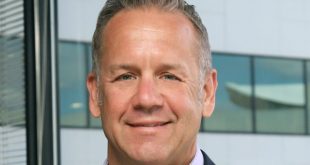 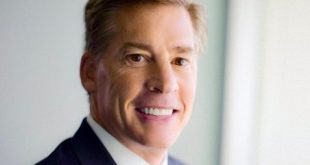 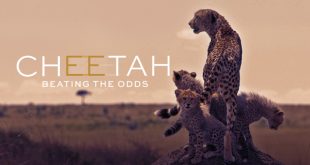 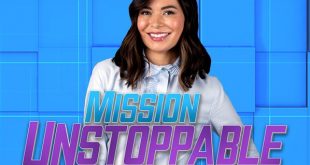 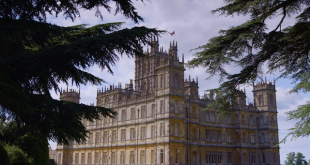 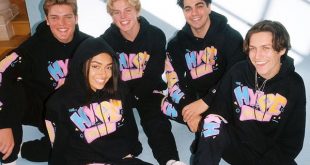 The Wheelhouse Group has partnered with the TikTok content-creator collective Hype House to develop and produce the new docuseries The Hype Life.