LONDON: Broadcasters in Africa have snapped up more than 150 hours of programming, including Dynamo: Magician Impossible, from Passion Distribution. Seed Entertainment took a number of shows for free-to-air broadcast throughout the continent. Titles include Life’s Too Short, a comedy; Murder on Honeymoon, a documentary; and the OWN: Oprah Winfrey Network series Iyanla Fix My Life …

The leading source of information for the international media business.
Previous Africa Rising
Next Arabsat to Bring HD BBC World News to the Middle East 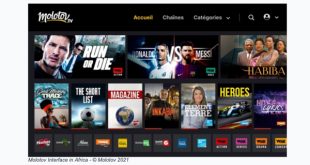 The Molotov streaming platform has extended its reach with the launch of regional versions in seven new markets.

Pan Tau
Designed by HattanMedia.com
© Copyright 2021 World Screen Inc. All Rights Reserved.
No part of this website can be used, reprinted, copied, or stored in any medium without the publisher's authorization.