Netflix has ramped up its investment in stories from African creators with a new slate of African originals and a multi-project partnership with South African filmmaker Mandlakayise Walter Dube.

Under the partnership, Dube will direct a variety of Netflix-owned projects. Dube directed Netflix’s first commissioned African film, Silverton Siege (and Kalushi). The pact between the two builds on Netflix’s commitment to working with African storytellers, which has already seen deals made with Mo Abudu (and EbonyLife Studios) and Kunle Afolayan (and KAP).

“We believe that Africa is one of the major creative centers for great storytelling that resonates around the world, so it only makes sense for us to increase our investment with an even more exciting slate,” said Dorothy Ghettuba, Netflix’s director of series in Africa. “We’re proud to continue creating global opportunities for the talented creatives of this great continent and sharing their authentic stories with our members in Africa and around the world.”

Tendeka Matatu, director of local-language films in Africa, added, “We are working with top talent and filmmakers as well as exciting emerging voices from the continent. We are thrilled to expand our partnerships with Africa’s talented storytellers. With an ever-growing slate of series, movies and licensed content across a rich variety of best-in-class content across genres, we want to give our members more moments to share the joy that comes from being immersed in great stories made in Africa, to be watched by the world.”

The first of Netflix’s new African slate to debut will be Ludik, the first Afrikaans title for the streamer. The series features South African-born actor Arnold Vosloo (Silverton Siege), as well as Rob Van Vuuren, Diaan Lawrenson and Zane Meas. It is slated to premiere on August 26.

Coming September 16, The Brave Ones is a supernatural drama series set in modern-day South Africa and is inspired by African folklore. It was created by film director, writer and actor Akin Omotoso and stars Sthandile Nkosi, Sthandiwe Kgoroge, Bonko Khoza and Tony Kgoroge.

Kings of Queenstown, directed by South African director Jahmil XT Quebeka (Knuckle City, Sew the Winter to My Skin, Of Good Report), tells the tale of a young soccer prodigy who must deal with his washed-up pro-footballer father. It will launch on Netflix on November 4.

Earlier this year, Netflix pledged to invest more than ZAR920 million ($54.6 million) across four productions in South Africa for 2022-23, and those four productions have been unveiled to be One Piece, currently being filmed at the Cape Town Film Studios; Blood & Water, set to make a third season return in November; How to Ruin Christmas: The Baby Shower, slated to bow on December 16; and iNumber Number: Fool’s Gold, with a launch date in 2023.

A new season of Young Famous and African is also on the slate and will start production soon to continue showcasing some of Africa’s biggest stars as they go about their everyday lives.

Based on the play by Nobel laureate Wole Soyinka, Elesin Oba, The King’s Horseman is set to premiere on Netflix on November 4. From Mo Abudu and EbonyLife, the film explores the collision between Yoruba traditions and British colonialism through the experience of a king’s horseman.

Netflix has also invested in a variety of licensed films and series that will make their debuts on the streamer later this year, including Lockdown (coming August 5), Office Invasion (August 10), The Razz Guy (August 12), Wild is the Wind (October 28) and Disconnect 2 (December).

Thirty-one fan-favorite films from Nigeria are being launched throughout the month of August as well, including The Ghost and the Tout, Merry Men: The Real Yoruba Demons, Elevator Baby, The Set Up, Love is War, Sugar Rush, Up North, Nimbe, Merry Men 2: Another Mission, Coming from Insanity, The Vendor, The Wedding Party 2: Destination Dubai, Lara and the Beat, Living in Bondage: Breaking Free, 4th Republic, Lagos Real Fake Life, Anchor Baby, Light in the Dark, It’s Her Day, Hire a Woman, Alakada Reloaded, Nigerian Prince, Black Rose, Moms at War, The Delivery Boy, New Money, Seven and a Half Dates, The Millions, Last Flight to Abuja, Couple of Days and Payday.

Jamie Stalcup is the associate editor of World Screen. She can be reached at jstalcup@worldscreen.com.
Previous Abu Dhabi Media & STARZPLAY Score Serie A Rights
Next STARZPLAY Launches Sports Streamer in MENA 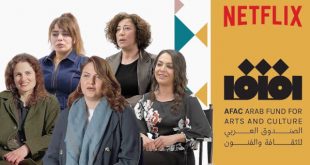 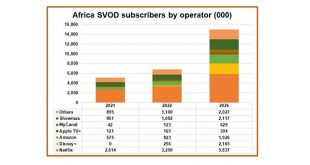 African SVOD Base to Triple 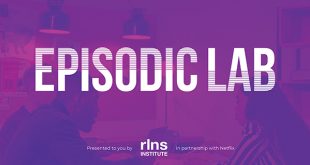 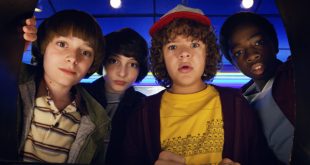 Netflix Ties Up with OSN in the Middle East 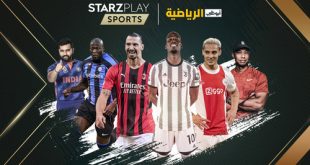