BEIRUT: Lebanese Media Holding (LMH) has alleged that the Lebanese Broadcasting Corporation International (LBCI) is refusing to pay amounts due under production-sharing arrangements between the two outfits, but the LBCI is now hitting back against the claims. LMH, which is majority owned by Saudi prince Waleed Bin Talal, previously shut down its Production and Acquisition … 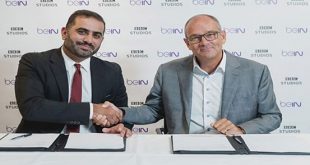 BBC Studios and beIN Media Group have extended their collaboration to explore opportunities for the co-development, co-production and distribution of content in Qatar, the Middle East and Turkey.

Secrets of Playboy
Designed by HattanMedia.com
© Copyright 2022 World Screen Inc. All Rights Reserved.
No part of this website can be used, reprinted, copied, or stored in any medium without the publisher's authorization.