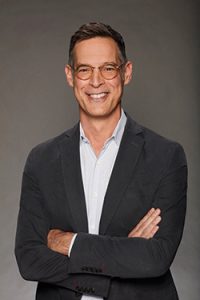 The launch of the Cartoonito block on HBO Max and Cartoon Network this September is the latest prong in Tom Ascheim’s strategy to ensure the portfolio of assets he is responsible for at WarnerMedia meets the needs of kids and families wherever they are. As president of Warner Bros. Global Kids, Young Adults and Classics, Ascheim has overseen a reorganization and expansion of WarnerMedia’s suite of businesses targeting young ones and their caregivers. In his detailed keynote at the TV Kids Summer Festival, Ascheim weighed in on the importance of the Cartoonito preschool initiative, catering to girl audiences and the ever-increasing need to deliver co-viewing opportunities.

TV KIDS: Tell us about the “Redraw Your World” tagline.
ASCHEIM: We have this incredible history at Warner Bros. A hundred years of Looney Tunes, years of DC and Hanna-Barbera and Cartoon Network. But we hadn’t had a chance to put all of our assets together to build a modern kids’ and family business that we think WarnerMedia deserves. That’s the quest we’ve been on. To do that, we had to think hard about who we were and our relationship with the audience. You start with a great brand and an emotional connection—that was the root of Redraw Your World.

One of the things [people] most want to feel is that we get to be seen as who we really are. That sense of inclusion is the root of how we want our audience to feel. When they’re with us, they get to be their own best self. The second part is understanding that this generation of kids is really powerful. They have the ability to use social media. They see the role models who are just a little older than them—Emma González, Greta Thunberg, Amanda Gorman—looking at the world, finding it somewhat unsatisfying, doing everything they can to make a change and having an unbelievable impact. Redraw Your World borrows this idea of imagination, which has always been the root of who we are, and creativity, and anchors it in the sense that you can reimagine the world to have it be the way you want it to be. That sense of inclusion and the potency of the audience is what animates our relationship with them.

TV KIDS: You’ve described Cartoon Network as a mission-driven platform for children.
ASCHEIM: The mission-driven part is both for the audience and for the people who work here. If you work in kids’ media, you’re always in service in a way. But we know if we’re just doing good without entertaining, there’s zero good. You need to make sure your message is delivered because people are compelled to watch—it’s wildly entertaining and deeply satisfying. Redraw Your World gives us a mission as we think about the audience. And if inclusion is the centerpiece of what you do, we had to face whether we were dealing appropriately with all the members of the audience that we want to talk to. We [launched] Cartoonito, the biggest preschool commitment we’ve ever made. We do well with boys 6 to 11, but we haven’t done as well with girls. We have a huge initiative to make sure that girls are an equal part of the audience. Over the years, I think we have focused much more on the children part of the family. But we know from research pre-Covid that as we get more divided by our own screens and profiles, families atomize a little bit around their entertainment. When we talked to families pre-Covid, they were looking for moments to gather, to have a cultural moment that unites them. That happens successfully when the entertainment is great for the family in totality; it’s not just for the children and the parents are gritting their teeth. It’s wildly entertaining for parents and for kids.

TV KIDS: How are you reaching out to attract more girls?
ASCHEIM: Some of it is just making sure that when we do animation, we are making girls prominent centerpieces of the story. We are venturing into live action. That’s one of the ways we need to attract girls, and honestly, grown-ups and boys too.

TV KIDS: Tell us about Cartoonito.
ASCHEIM: Cartoonito [launched] this fall with 20 shows across HBO Max and Cartoon Network. We’re building to 50 shows over the next couple of years. We are using the power of some of what we have in our IP library. Batwheels is the youngest show made for Batman. Bugs Bunny Builders is a fantastical construction arena for Looney Tunes where they get to take their anarchic energy and apply it to buildings rather than each other. There’s Tom and Jerry Time. Cartoonito is anchored by a Humancentric Learning curriculum, which is an important part of building credible and effective preschool programming.

TV KIDS: You also oversee the kids’ and family block of programming on HBO Max.
ASCHEIM: Ann Sarnoff [chair and CEO of WarnerMedia Studios and Networks Group] has given our team responsibility to program HBO Max kids and family along with Cartoon Network. Now, when we think about projects and we go to creators, we don’t have to divide how we [approach] the platforms—we just need the best work, and we’re going to make sure that it’s available in all the places our audience wants to find it. For the most part, in time, our shows will be simultaneously in both places. We’re not quite there yet—now we often have shows on one and then the other. We know our audience is watching television when it’s linear and when it’s streaming, and they don’t want us to make that hard—they want us to make it easy, so we’re going to make it easy.

One of the competitive advantages we have at WarnerMedia versus a peer streamer is that our channels give that sense of focus and importance. It can get a little hard to find things on the streamers. One of the ways we make people pay more attention is we turn it into an event. That helps drive interest in shows.

TV KIDS: How do you build awareness for shows and help children and families find them?
ASCHEIM: That’s one of the things everybody’s grappling with. There’s no one-size-fits-all, but there are a few things we do that make things easier. Sometimes we use existing IP because it helps signal that this is something you should pay attention to. Sometimes it’s eventizing. The idea of a global launch creates a sense of momentousness. Then we have a pretty big digital reach. So we have our channel, our streamer, our IP and we use the tendrils we have in the digital landscape to find the audience where they are.

TV KIDS: What role does acquired product play on Cartoon Network, the other channels in the portfolio and HBO Max?
ASCHEIM: We in the business talk about “acquired” versus “original.” To the audience, it’s an invisible line. It’s usually about our deal structure. We have lots of shows that the audience thinks are original, but the way we’ve done the deal with the production company, it could be called an acquisition. But it’s new to them, so it doesn’t matter. I would say what’s more important for us is “familiar” and “brand new.” We use familiar programming to pull people in, which helps us build a bed of awareness to build to something brand new. On Cartoonito, we’re using the library of Thomas & Friends as part of how we’re going to bring attention, but we’re also launching brand-new episodes. It’s an acquisition and an original all in one. I think almost all networks have been built from the successful mix of the familiar and the new. That combination is important and will remain so.

TV KIDS: You oversee Cartoon Network’s studio and the Warner Bros. animation studio. What are the two different remits?
ASCHEIM: We actually have three studios. We announced one [in April]. We’ve had an under-the-radar studio in England that we renamed Hanna-Barbera Studios Europe, which has been super successful for us. It has shows like [The Amazing World of] Gumball and others that are huge hits on Cartoon Network. One of the most important decisions I made when I arrived was to centralize the leadership of what we do with our studios [under] Sam Register, who came from Cartoon Network and went to Warner Bros. Animation and built it into a powerhouse. He and I spoke about the importance of creating a centrality of approach to have the best practices for all but not lose the cultural norms that made them great. Warner Bros. Animation uses a lot of existing Warner Bros. IP. That’s part of its power. Cartoon Network Studios has been more [focused on] originated brand-new work. While that is not the rule by which we govern all things, it will be part of what keeps them differentiated. In Europe, we have very different talent, sometimes a different approach. We try to bring the best of all three. Sometimes, it lets us send artists back and forth if they’re finished with one project. Instead of having them roll off to a competitor, we can have them roll off to one of the sister studios. Sometimes there’s collaboration that happens between studios that wouldn’t have happened otherwise. They get to support each other. The ecosystem of the network and the studios together helps us differentiate ourselves.

Anna Carugati is the group editorial director of World Screen.
Previous Netflix Slates He-Man and the Masters of the Universe
Next More Kid Correspondent Added to YouTube Originals Slate 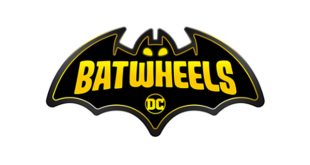 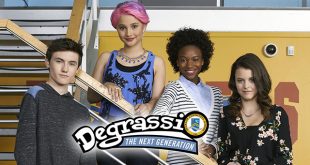 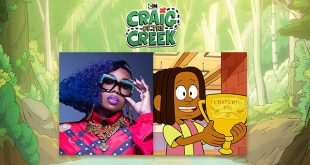 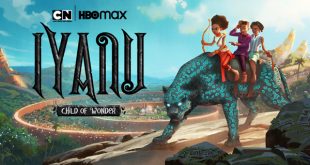 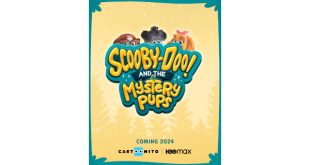 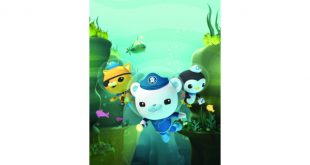 In the highly competitive kids’ business, which has seen a number of companies fall by ...