Missed any our TV Kids In-Demand reports? Here’s your chance to learn about some of the most-compelling preschool, kids, tween and teen shows on offer in the global marketplace.

Preschool
From Guru Studio, True and the Rainbow Kingdom is a Netflix commission that has already notched up a slew of deals across the globe with broadcasters and viewers alike charmed by compassionate superhero True and her hilarious best friend Bartleby the cat as they come to the rescue of Rainbow Kingdom’s whimsical citizens. ZDF Enterprises’ Ziggy and the Zootram promises to delight upper preschoolers with its adventures of a group of zoo animals. Based on the books by Ted Dewan, Acamar Films’ Bing mirrors a young child’s experience and celebrates the noisy, joyful, messy reality of preschool life. Little J & Big Cuz from the Australian Children’s Television Foundation follows a pair of Indigenous Australian kids as they explore their world. See the preschool report here.

Comedy
It’s the most-requested genre but also the hardest to get right. The four shows profiled in our comedy report, however, have succeeded in making kids laugh out loud. From France’s Dandelooo, Stinky Dog is based on a successful book series, presenting the hilarious and hectic adventures of a maverick mutt and a flattened cat. Superights’ Pat the Dog has two successful seasons to its credit, telling of the daily adventures of an ordinary little dog Pat and his owner Lola. Mediatoon Distribution’s Sardine in Outer Space offers out-of-this-world laughs as Sardine, Little Louie and The Captain Yellow Shoulder’s intrepid crew battle Supermuscleman and his evil sidekick Dr. Krok. Based on the award-winning app, Serious Lunch’s Gigglebug features a little bug with an irresistible laugh.

Action Adventure
A video-game hero comes to life in ZDF Enterprises’ Buck, a live-action adventure show that is ultimately a coming-of-age story about a shy boy’s transformation into a confident adolescent. From the Australian Children’s Television Foundation, Are You Tougher Than Your Ancestors? puts everyday kids into the shoes of children from Australia’s past to find out how they measure up. Zodiak Kids is offering up Lost in Oz, produced by Amazon Studios for Amazon Prime, which delivers a contemporary reimagining of L. Frank Baum’s extraordinary universe. With a view to promoting messages of conservation, Mondo TV’s MeteoHeroes follows the adventures of six kids who use their superpowers to protect the planet from extreme weather events and pollution. Check out these shows here.

Live Action
We featured four stunning live-action series in this report, each filling a unique gap in the market. ZDF Enterprises’ lush Heirs of the Night is an ambitious drama for kids 10-plus and family viewing, spinning a tale of ancient vampire clans and their offspring training to fight for their lives. A hit on CBBC, Almost Never, on offer from Dynamic Television, focuses on an aspiring boy band as they juggle family, friends, school and relationships while working toward their dreams of pop stardom. Produced for ABC Me, First Day, distributed by the Australian Children’s Television Foundation, is an emotional four-parter about a transgender student. Zodiak Kids Studios’ BBC iPlayer commission Flatmates follows the lives of young Gen Z’ers as they take their first uncertain steps into adulthood.

In Development
IoM Media Ventures’ Phillip Stamp, Hot Drop Films’ Alan Keane and producer Aaron Simpson pitch Grant’s Wishes, about new agents at the Department of Wish Fulfillment (DWF). The charming action-packed procedural comedy is billed as a mix between Men in Black and My Name is Earl. Promising a range of exploitation and marketing opportunities with its combination of education, music and funny and adventurous stories, foo entertainment’s Miss Bellyfoo & The Daba Diba Duba Land will be available this winter. It’s set in a world of music and dance and focuses on special agent and supergirl Miss Bellyfoo. From Safi Productions, Zayn & Zayna’s Little Farm saw 34 culturally diverse creatives come together to create a show about a sibling duo on their family farm. Zodiak Kids is looking for partners to board Bekaw, an animated character-driven comedy following an irrepressible chicken who was raised by crocodiles. Find out more about these projects here.

Mansha Daswani is the editor and associate publisher of World Screen. She can be reached on [email protected]
Previous The Fixies Season Four in the Works
Next The Grimes Sells to ITV 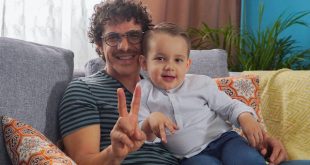