Later this month, Disney Channel will premiere The Lion Guard: Return of the Roar, a prime-time television event that continues the story of the hit 1994 film The Lion King. The 44-minute animated special follows Kion, the son of Simba, as he assembles the members of the new Lion Guard, a group of animals tasked …

Joanna Padovano Tong is the managing editor of World Screen. She can be reached at jpadovano@worldscreen.com.
Previous Disney Channel Greenlights Pilot from Lizzie McGuire Creator
Next DHX Inks Pair of SVOD Deals in China 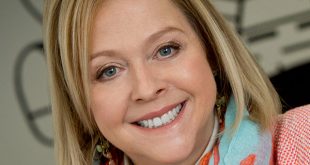 Sarah Muller, the VP of children’s and youth entertainment programming at Sony Pictures Television Networks (SPTN), on what’s guiding the strategy for the company's linear and AVOD kids’ brands and more.