The panelists participated in a wide-ranging conversation with TV Kids’ Anna Carugati about how they are driving their businesses, exploring new business models and pursuing growth opportunities.

Read excerpts of the session below and watch the entire discussion here.

On funding assistance in Canada, Bishop, executive producer and co-CEO at marblemedia, noted, “We are very fortunate to have tax credits and funds like the Shaw Rocket Fund that invest in kids’ content. But the reality is the domestic commissioning market in Canada has changed in the last couple of years. There was flexibility granted by the CRTC for domestic broadcasters, and the unfortunate side effect was a direct reduction in the amount of commissioning happening. That, in turn, has put more pressure on some public broadcasters, like CBC, TVO, Knowledge Network, to step up and partner on shows. It has forced all of us to look elsewhere and find other partners to come on board for our content. Long gone are the days of being able to finance something out of Canada directly, but there is still an awareness that Canada is a great place to produce content. With any of our projects, we do have to find international broadcast or streaming partners first and then come back to Canada to help leverage and unlock funds. Or be resourceful and creative. A number of us have YouTube channels that we’ve had certified by the Canadian government to be able to offer tax credits.”

Rosen, CEO and co-founder at Portfolio Entertainment, added, “We’ve always needed to do co-productions or find sources of funding outside Canada. It has been a real change where we’re not getting as much financing. Years ago, when we started our business, there was enough on the table for each of us to get what we needed. Now it’s much more Darwinian. That being said, the whole marketplace has changed. Commissioners are global.”

Falcone, president and executive creative director at Guru Studio, observed that “while it’s sad to see that level of support fall away, it’s come back in different ways.” He referenced CBC’s support of True and the Rainbow Kingdom, a Netflix original, and noted a recent deal with Corus Entertainment on Pikwik Pack, which recently launched on Disney Junior in the U.S. “They’ve come in more as an investment partner than a broadcast partner—obviously Treehouse is the channel in Canada. We’re looking at different ways of partnering, more as businesses than as huddled masses protecting our market and using CanCon [Canadian content] as the shield. We have to be brave and get into the world with our content because that’s the only way we’re going to be legitimate businesses. Chalking up a success in Canada is great, but it’s much more important to be competitive and be out there in the world.”

“I wish Canada had the system that France does,” said Goldsmith, who recently joined Thunderbird Entertainment and Atomic Cartoons as president of global distribution and consumer products after several years at the U.S. office of Cyber Group Studios. “That said, the tax credits and subsidies make a huge difference in financing our shows and give the producers in Canada a great leg up on other producers around the world. We rely on big anchor sales outside of Canada to fund, but we couldn’t do what we’re doing without the current system in the country.”

Scherba, as president of WildBrain, was able to speak from both a production/distribution and broadcaster perspective, given the company’s portfolio of channels in Canada. Family Channel “has been consistent with our Canadian content investment; we’ve been oversubscribing in terms of our requirements. There have been a lot of interesting opportunities that have emerged from others in the market not spending as much on kids. But there’s no question it doesn’t sustain the industry. We need third-party, external partners to finance projects. And I would argue from a creativity and quality standpoint, that’s been a great thing. Canadian companies have improved in their storytelling and production values. And that’s been in part a result of the opportunities that have arisen from global streamers.”

On building a brand in an on-demand environment, Falcone noted, “it is important to look at the multiplatform strategy and be very attentive to how you create that strategy. I don’t know if you can rush to the market with everything everywhere at once. You want to be ubiquitous, but it’s important to be selective about where you put your show and build those relationships and ensure that it’s not a buckshot approach to shooting your content everywhere you can.”

Plus, he added, “We have to be patient. We haven’t seen a show break out the way PAW Patrol did in 2012 because of the fragmentation of powerful players. We’ll see in the years to come who can take that new role in leading the launch of kids’ content and creating that big opening weekend splash that TV sometimes had. We’re all waiting to see if anyone can re-create that, but I’m not counting on it.”

For retailers, Goldsmith said, a broadcast presence is still crucial. “That’s the game we have to play to build a global brand.” The streamers, he added, “have not been as successful yet in the consumer-products business. But I would not bet against them.”

Rosen noted Portfolio’s relationship with PBS KIDS: “They seem to be the only place left that puts so much emphasis on having a whole basket of ancillary add-ons that you must provide to get your broadcast with them: apps, educational materials, games. They are in every home that has a signal, and they have tons of eyeballs, and they put a lot of effort into exploiting themselves on all kinds of platforms. It’s quite heartening to see that, even in this changing landscape, PBS has not only stepped up and is doing more than they used to, but they are still reaching very large audiences. I still think they are probably the best place to launch an L&M campaign because they are reaching more homes than any other American platform right now.”

Bishop added, “Part of the opportunity we have as producers is to help work and build our brand through audience engagement. That’s social media, traditional PR, earned media, social paid media, events. It’s listening to the audience, getting feedback, responding on social and building that community. That community and fan engagement helps to drive eyeballs.”

Carugati then asked the panelists about the importance of scale and how they are looking to grow their businesses.

“Growth for growth’s sake is the philosophy of a cancer cell,” said Falcone. “It’s important to grow, not necessarily just in size but in scope and strength. It’s about approaching different shows in different ways. We’re in late-stage development on an animated sitcom with a major VOD. It’s a new area for us, being a preschool-focused studio. To be able to do something family-oriented is interesting for us creatively; that’s growth. It’s important to grow and diversify what you do as a producer and a studio. For the artists we have, the culture we have, it’s important to keep things fresh. There’s nothing worse than copying yourself. We’re trying to speak to as many people as possible in as meaningful a way as possible.”

At Thunderbird, Goldsmith said the goal “is to become a major global studio for scripted, factual, reality and animation. Our organic growth has been tremendous. I joined the company to continue the organic growth by putting us in the distribution and consumer-products businesses so that across the company, we can own our IP more and control it more. That said, we absolutely have to have an external plan as well. We have an M&A strategy—we want to align with other extraordinary production companies. We want to have partners in strategic parts of the world.”

At WildBrain, Scherba said, “We’re producing fewer series than we were five years ago, which is giving us the ability to focus more on creative execution. For us, it’s not about the volume of projects; it’s about the quality. We’re fortunate to have a stable of really well-known IP. What’s the continuation or reinvention of IP that is beloved by fans around the world? And where can we go with it next? We continue to produce brand-new concepts and ideas from the creative community, but the lifeblood of our company is how we reinvent our IP from our library. If you get that right, the growth will follow.”

For Rosen at Portfolio, growth is coming from diversification. “We don’t like to have all our eggs in one basket. We started in production and distribution in live action. Then we went to animation. Now we’ve moved into prime-time animation. We’ve gotten back into live-action tween content. To us, growth is not in terms of expanding our people or real estate as much as expanding the kinds of shows we are developing and hopefully producing and distributing, which will give us some longevity. There are bigger companies with a lot more strengths than we do, so we’re just trying to insulate ourselves. Our growth is being able to be successful and profitable. But we’ll never be a big company. It isn’t in our DNA. But [we’re seeing] growth in our value; our company is worth more now that we’ve diversified.”

Bishop echoed Rosen’s point. “We had a record-breaking year last year, and this year it looks like we’re on track to do the same because of diversification. Having different business models, owning real estate, having different ways to grow and build value in our companies is clear. Ultimately, it still comes down to making and telling great stories and having the opportunity to find great authentic stories that are going to connect with audiences.”

Mansha Daswani is the editor and associate publisher of World Screen. She can be reached on mdaswani@worldscreen.com.
Previous Ferly & Toonz Team for Kingdom of None
Next 9 Story to Develop Shows with the NBA 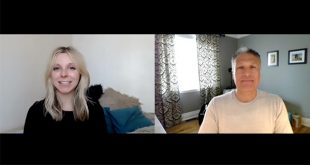 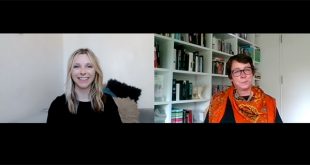 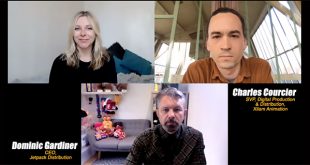 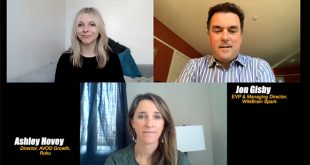 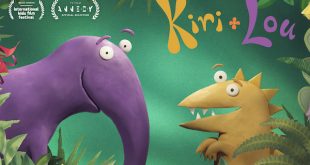 CAKE’s Kiri and Lou follows the friendship between Kiri, a feisty little dinosaur, and Lou, a gentle and thoughtful creature, as they explore their feelings through laughter, song and outdoor adventure.