FLOWER MOUND: After this month, FUNimation Channel will no longer be distributed by Olympusat, with the anime network slated to relaunch early next year. FUNimation will officially terminate its content and brand partnership with Olympusat on December 31. The relaunched network will have a renewed focus on offering viewers high-quality anime content. Additional details about … 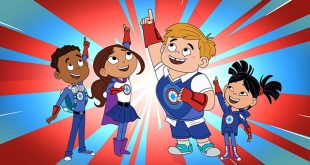 Portfolio Entertainment has secured a new round of global sales for the animated series Hero Elementary, including with Discovery Kids Latin America.