Peter Gal, chief creative officer for television at DreamWorks Animation, is on board to deliver a keynote during the TV Kids Festival, which you can register for here free of charge.

Gal oversees development, preschool, casting, music, current series and creative talent management for the studio’s slate of award-winning original series, including the content for DreamWorks’ multiyear deal with Netflix, as well as Apple TV+, Peacock, Amazon, Hulu and other broadcasters around the world.

You can register for the TV Kids Festival here for free. 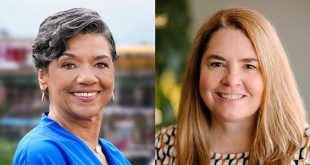 Sonia Manzano, a 15-time Emmy Award winner, will be joined by Fred Rogers Productions’ Ellen Doherty to discuss the new PBS KIDS preschool series Alma’s Way during the TV Kids Festival, which you can register for here for free.