Cartoon Network to Launch Redraw Your World in Asia

Cartoon Network’s Redraw Your World campaign is set to launch on January 8 around Southeast Asia, Korea, Hong Kong and Taiwan with a channel refresh and campaign partnerships.

Redraw Your World encourages kids to be true to themselves and confident in their abilities to impact real change in big and small ways. The TV channel will be refreshed with vibrant colors, music and design, and new shows will appeal to wider demographics.

To tie in with the campaign’s launch, two episodes of the original series We Baby Bears, a spinoff of We Bare Bears, will debut on January 8. The series tells the story of three brothers looking for a place to fit in.

Cartoon Network has also partnered with Crayola to launch pop-up doodle stations and a craft video series to encourage kids to express themselves and let their imaginations run free. Craft Your World will launch on Cartoon Network Asia and Crayola websites and social channels in the coming weeks until the end of 2022.

In Singapore, Cartoon Network has partnered with NTUC FairPrice and Plus! Programme in 2022 for a number of initiatives. In addition, characters from iconic IP are on show in the build-up to the Chingay Parade 2022 later this month.

Later this year, Cartoonito, a preschool programming block on Cartoon Network, will launch.

Jamie Stalcup is the associate editor of World Screen. She can be reached at jstalcup@worldscreen.com.
Previous SmartStudy Rebrands as The Pinkfong Company
Next 2021: The Year in Kids 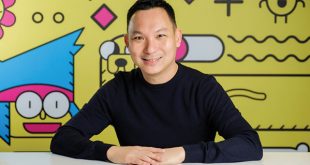 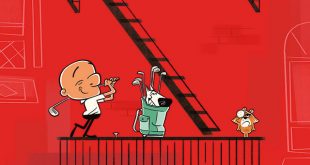 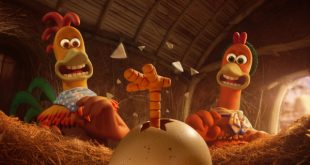 Aardman has partnered with Netflix for multiple new projects, including a film sequel to Chicken Run, Chicken Run: Dawn of the Nugget.