BBC Children’s and Education has tapped Tulin Ulkutay Eris as head of business, effective in September.

Ulkutay Eris will be responsible for overseeing the division’s business and commercial strategy and departmental budgets. She joins from Bidaya Media, known for producing Sesame Street in the MENA region.

Currently, she is commercial director at Bidaya Media, where she is responsible for all commercial initiatives such as licensing and merchandising, distribution and syndication, events, outreach and across digital platforms.

“I am thrilled to be joining BBC Children’s and Education, a department with such deep-rooted cultural history, at such as an exciting time in its journey,” Ulkutay Eris said. “It will be a privilege to help carry the light forward into the digital age whilst continuing to uphold the missions to inform, educate and entertain children of all ages through world-class content.”

Patricia Hidalgo, director of BBC Children’s and Education, to whom Ulkutay Eris will report, added, “Tulin’s experience speaks for itself. Her production expertise, commercial background and deep understanding of children’s content and media will be key to deliver on our business objectives: to create greater value for our audiences with higher returns to investments across Children’s and Eduction. We’re delighted she is to join us soon.”

Jamie Stalcup is the associate editor of World Screen. She can be reached at jstalcup@worldscreen.com.
Previous Silverpoint Renewed for Season Two
Next De Agostini Editore’s Brenda Maffuchi 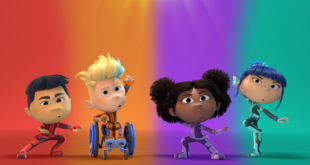