A+E Networks Global Content Sales has secured a deal with RTL in Germany for the canine competition format Top Dog.

RTL has commissioned a six-part Top Dog series, produced by RTL Studios and premiering on July 23. In Top Dog Germany (Der Beste Hund Deutschlands), dogs and their owners compete on a super-sized canine obstacle course. The teams are tested on their speed, agility and teamwork by completing a series of challenges against the clock.

Robyn Hurd, VP of content sales for EMEA at A+E Networks, said: “A+E Networks is thrilled that this edge-of-your-seat, feel-good series will make its way to Germany. The success of Top Dog truly speaks to our strong track record producing regionally replicable formats that appeal to viewers across the globe. Everywhere people love dogs—so, truly everywhere—there is an audience for Top Dog, and we couldn’t be happier to be partnering with RTL on this iteration of the format.”

Chelsea Regan is the managing editor of World Screen. She can be reached at cregan@worldscreen.com.
Previous Beyond Lands Format Deals on Love It or List It
Next Scripted Format Deals for Red Arrow Studios International 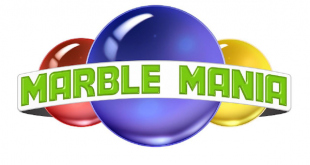 MTV Entertainment Studios has confirmed that The Surreal Life, reimagined for today’s audiences, is slated to return to VH1 this fall.