Nadav Palti, president and CEO of Dori Media Group, talks to TV Formats about the company’s efforts to further its formats business.

As part of Dori Media Group’s efforts to further its formats business, the company has started an internal 12-week creator accelerator process, calling for creators to submit ideas in order to find the best new non-scripted formats. “By the end of the process, we will produce a trailer or pilot that we will bring to market,” says Palti.

The coronavirus pandemic and subsequent production shutdowns came amid a period of high production momentum for Dori Media in Israel, Latin America and the U.S., Palti says. “The preproduction and postproduction stages can take place, in one way or another, even during these days, under limitations. The key is flexibility and adaptation.”

Regarding preproduction, Dori Media is continuing to work on new developments and writing. “We have progressed feverishly in the preproduction stages of different new high-end series.”

Regarding postproduction, Dori Media has prepared accordingly, transferring technology, computers, editing equipment and the like as much as possible to the homes of its team members. “This way we can continue working even from a distance,” says Palti. “In this way, we reduced the damage to a minimum.”

Regarding shooting, the company has been continuously adapting to the new limitations: “Shoot when permitted and halt when necessary.”

Palti says, “While maintaining the procedures and rules, we maximize the process in order to continue producing quality content. When the situation fully resumes, we will be able to continue productions in a ‘pre-corona’ process and answer the market needs quickly.”

When the pandemic began, viewers were looking for programming that allowed them to escape reality, but preferences have started to shift. “Now that the coronavirus is a part of our lives and seems like it will be for a while, we feel that the demand for content has returned to the period before the crisis,” Palti says. “The viewer at home is getting a variety similar to what they watched before the crisis began: dramas, reality and other genres.”

“Our priority during this complex situation has been, together with our clients, to keep entertaining and to offer their viewers the solutions they need,” Palti continues. The Dori Media catalog consists of titles in various languages from Israel, Argentina, Spain, Russia, Japan, China and elsewhere, “which makes it even more suitable to worldwide demand. Our catalog also consists of many titles that can be adapted to the situation, and we are helping our clients to rethink game shows with minimal risks such as AHA! Experience, Smart Face, The Selfie Challenge, Intuition and My Home Page.”

Having adapted quickly to the new circumstances, Dori Media’s distribution has been largely unaffected, Palti says. Among the recently signed deals is a multi-territory agreement with Warner Bros. International Television Production for four different local remakes of the crime drama Dumb, in France, Belgium, the Netherlands and Spain.

Power Couple has also been notching up deals, with sales to over a dozen territories, including new seasons where it has proven successful. In the past few weeks, new seasons were launched in Germany (season five), Croatia (season two) and Hungary (season four).

“We are constantly working on new titles, continuing the production of titles that were stopped and developing new ones in order to meet the huge market demand for new content that will arise,” says Palti. “We at Dori Media are working to answer those needs. We were required to make changes in the various areas of the company and to adapt the activities and working methods to the new situation. We made changes in the work process in all aspects: production, distribution, workplaces, and internal and external communications. Flexibility and fast adaptation are the keys to success during these uncertain times.”

Kristin Brzoznowski is the executive editor of World Screen. She can be reached at [email protected]
Previous The Story Lab & Nippon TV Unveil 9 Windows
Next NHK Enterprises in Formats Pact with Lineup Industries 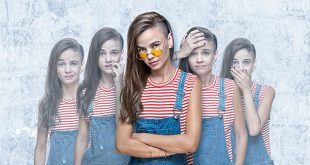 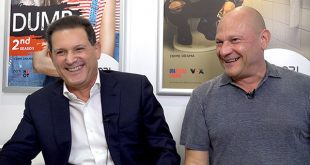 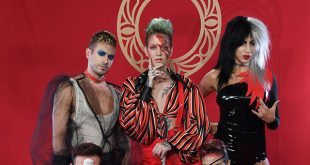 The president and executive producer at Media Ranch talks about the current state of the format business and scouting for new IP in the marketplace through its HorsePower incubator program.