NHK Enterprises has tapped Lineup Industries to provide consultation and sales outside of Asia for its format slate.

The first formats to headline the new partnership are The Late Night Show with Nitty & Gritty, 72 Hours and Chiko’s Challenge. Going into its fifth season on NHK, The Late Night Show with Nitty & Gritty celebrates the underground and little-known-but-rumored ways of life through a candid talk show using puppets. 72 Hours is a documentary format that captures the real stories of ordinary people who come and go at a specific location during a three-day period. Chiko’s Challenge is a co-viewing comedy show that challenges celebrities with child-like questions, which are often surprisingly difficult to answer.

Lineup will bring the Japanese public broadcaster’s formats to Western territories, with a focus on Europe, North America, Australia and New Zealand.

Ed Louwerse and Julian Curtis, co-founders of Lineup Industries, said: “Although many Japanese formats can seem puzzling to audiences outside of Asia, they are often only a few small tweaks away from captivating Western viewers. NHK has an extensive library of standout, innovative formats that we believe can be successfully adapted for local markets, while still respecting and retaining the core creative elements that made the original so special. We look forward to working with the talented team at NHK and NHK Enterprises to maximize the international potential of their formats, building on our successful partnership on Radio Gaga.”

Junko Ogawa, executive controller-general for the content distribution department of NHK Enterprises, added: “We are absolutely excited to be able to team up with Lineup Industries. The adaptation of Radio Gaga has not only been a great hit for NHK but has helped us offer warmth, compassion, and laughter to NHK’s audience, which is an important element for its factual entertainment. We believe Lineup Industries and NHK share similar sensibilities and, we hope the partnership will let us connect with more companies that may take interest in our wonderful content.”

Kristin Brzoznowski is the executive editor of World Screen. She can be reached at [email protected]
Previous Dori Touts Flexibility & Fast Adaptation
Next Three New Seasons of Power Couple 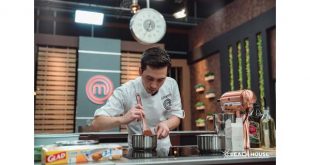 Blue Ant Studios' Beach House Pictures, together with Motion Content Group, have begun production on a second season of Banijay Rights' MasterChef in Singapore for launch in February 2021.