According to Kantar’s latest Entertainment On Demand report, just 3 percent of U.K. households have taken on a new SVOD subscription in Q3, with Amazon seeing the most signups.

Amazon Prime Video continues to benefit from being integrated with Prime Membership, Kantar notes, with Amazon Prime subscribers rising to 49.6 percent of households in Q3, up from 45 percent in Q1. Amazon is driving the highest level of direct switching in the industry, with 14 percent of Prime Video subscribers transferring from another provider. The Boys season two came out as the number two title most enjoyed across all SVOD subscribers in Q3, the report states, helping boost Amazon further. Also, an increase in satisfaction with the amount of original content and variety of TV series has helped Prime Video edge past Disney+ to become the second most recommended service, after Netflix.

The Fall from Netflix was the most enjoyed title across all SVOD services in the U.K., with Lucifer, The Umbrella Academy and Ozark rounding out the list in Q3—meaning Netflix provides four of top five “most enjoyed” shows.

Bundle deals continue to be a driving force in the U.K., according to Kantar, making up 16.8 percent of all new SVOD subscriptions in the third quarter, with Netflix and Sky TV as the most popular overall package, followed by O2 and Disney+, and BT TV and Now TV.

AppleTV+’s share of new SVOD subscribers stayed fairly consistent at 2.7 percent. Planned cancellation is higher than the industry average, though, and among those who plan to cancel, 52 percent state they are not prepared to pay once their free trial is over.

Disney+ has seen a marked reduction in overall engagement as children returned to school, with the number of users classified as “low-intensity usage” increasing from 40 percent in Q1 to 61 percent in Q3. Disney+’s quarter-on-quarter churn rate in the U.K. is currently 7.8 percent, more than double Netflix (3 percent). The Mandalorian was cited by 22.5 percent of new subscribers as the key reason they subscribed to Disney+. Mulan, which requires both a Disney+ subscription and a one-off payment of £19.99 to watch, was cited by 2.4 percent of subscribers.

Kristin Brzoznowski is the executive editor of World Screen. She can be reached at [email protected]
Previous Channel 4 Launches 4Skills Training & Development Initiative
Next Salto Ready to Go Live in France 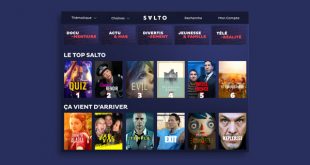 Bedrock, the tech joint venture between M6 Group and RTL Group, is powering Salto, the new streaming platform that launched in France this week.