Beckman has been a reporter, editor and producer for many SVT programs and has hosted numerous arts and culture programs, including Kulturfrågan Kontrapunkt, Nästa Nybroplan and Centrum. She has also been head of the arts and culture department at SVT, during which time she launched the literature program Babel.

As program director, Beckman will be responsible for all SVT’s entertainment, arts and culture, drama, children’s and youth, and lifestyle output. She will also join the SVT management board.

SVT’s general director, Hanna Stjärne, said: “Eva Beckman is brave and has a strong sense for good programming. She has the power, knowledge and judgement needed. I am delighted that Eva has accepted the role as program director and that she will find tomorrow’s classic programs.”

Beckman added: “I cannot imagine a more exciting job than this one. We are in the midst of the biggest changes ever for the tv world, maps are redrawn almost every day and my most important role will be to secure the future of public service media, as well as securing an exciting offer to the viewers which they cannot be without. We exist to work for the audience.” 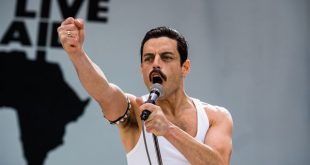 Nordic Entertainment Group (NENT Group) and The Walt Disney Company Nordic have extended their long-term content relationship in a new multiyear deal that will see the latest 20th Century Studios films premiere exclusively on Viaplay and Viasat across the Nordic region.