MUNICH/BERLIN/LOS ANGELES: Philipp Kreuzer and Jörg Schulze have launched a new independent film and TV label, Maze Pictures, which will develop, finance, produce and co-produce a range of original content for the German and international markets. Maze Pictures is teaming up with Luc Besson’s EuropaCorp Television on The Crimson Rivers, an hour-long co-produced series based … 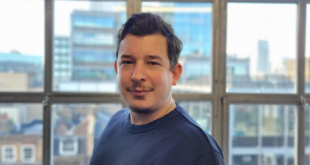