LONDON: A new report by the U.K.'s National Audit Office (NAO) has found that the BBC exceeded its savings target for 2013-14, but cautions that "more significant and potentially riskier changes" may be needed for the long term. The report found that overall savings of £374 million ($564 million) reported by the BBC up to … 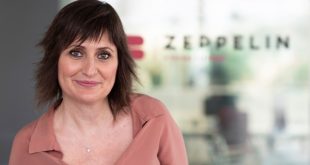 Amparo Castellano has been appointed as managing director at Zeppelin, a Banijay Iberia company.