MUNICH: ProSiebenSat.1 Media is extending its long-running pact with CBS Studios International, scoring the rights to a range of current and future series, among them NCIS: New Orleans. In the multiyear extension, ProSiebenSat.1 has secured the exclusive free-TV broadcast rights for its stations in Germany, Austria and Switzerland, plus select pay-TV rights. ProSiebenSat.1 is already …

The leading source of information for the international media business.
Previous Audiovisual from Spain Gears Up for MIPCOM
Next UKTV Expands Jan Gooze-Zijl’s Role 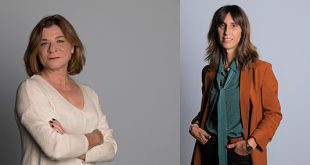 Sonia Martínez has expanded her remit at Atresmedia Studios as head of editorial, while Montse García joins the company as director of fiction for Atresmedia TV.