BERLIN: The Walt Disney Company has firmed up a wide-ranging exclusive deal with Mediengruppe RTL Deutschland that includes the German free-TV premieres for a range of titles from Walt Disney Pictures, Disney/Pixar, Marvel and DreamWorks. The pact also includes series from ABC Studios, Disney Channel original movies and titles from the archives. Disney classics are … 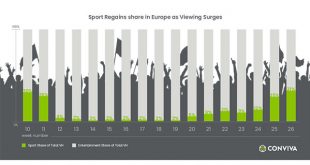 As Bundesliga, La Liga, Premier League and Serie A returned last month, sports streaming surged across Europe, according to Conviva.