From long-running German procedurals to dark Scandi noir, ZDF Enterprises (ZDFE) has a treasure trove of crime dramas to offer the global market. At MIPTV this week, the company is showcasing several new crime and suspense series, among them ANA. all in., set in the gambling world and co-produced with RTVE; Grow, about a stockbroker who becomes a drug lord (and whose brother is a policeman); and Standing Tall, a Publispei production for Rai, in which a former policeman investigates his son’s alleged suicide. Robert Franke, VP ZDFE.drama, tells TV Drama about ZDF Enterprises’ leading position in this always in-demand genre.

TV DRAMA: What are some of the new crime dramas available from ZDFE?
FRANKE: ZDF Enterprises is very strong on the crime drama side. We feature a wide variety of crime-themed shows from all European territories. Most notably, of course, is our slate of Scandi noir classics like The Killing and The Bridge, but also newer shows like Before We Die or our upcoming highlight Agatha Christie’s Sven Hjerson for later this year. Besides that, we offer English-language crime shows like London Kills and the upcoming U.K. remake of Before We Die and, of course, our extensive catalog of best-selling German procedural crime.

TV DRAMA: What are audiences looking for in crime dramas today, especially in a time when I understand viewers want lighter, more upbeat shows?
FRANKE: There is definitely a trend toward lighter-themed crime, but the classics are classics for a reason—narrative superiority always sells! So even though the trend for new productions is lighter in tone and storytelling, it’s the mix of different tones and styles that makes a good crime catalog. We offer something for all tastes and preferences.

TV DRAMA: What are some of the innovations you’re seeing in this enduring genre? Hybrid storytelling? Blue-sky appeal?
FRANKE: There is a strong trend back to semi-procedural crime drama: case-of-the-week-style shows with a strong story arc over a season. Also, the characters are becoming more balanced. There was a strong trend after Breaking Bad to similarly dark U.S. shows and characters with almost no redeeming features. We see that this is changing, and writers also show light within the dark, which is a good thing and helps make these shows more digestible.

TV DRAMA: Are your crime dramas primarily local productions, or are there opportunities for cross-border co-productions?
FRANKE: Both. There are strong local traditions in crime storytelling and every territory does it a little differently. Local shows tend to be fully financed by either a local channel or platform since they tend to travel a bit less compared to these bigger event crime shows with more complex setups. Shows like The Bridge or The Team are good examples of shows that are perfect for co-productions. So it is important to understand the story and if it is strong enough to fly as a co-production.

TV DRAMA: Did Covid-19 have an impact on any of your crime dramas in the last year? If so, how did you adjust to the new guidelines?
FRANKE: Luckily, we have not been disrupted very much by Covid-19. Obviously, the necessary additional hygiene measures cost money, so budgets have to increase slightly because of that.

Mansha Daswani is the editor and associate publisher of World Screen. She can be reached on mdaswani@worldscreen.com.
Previous NTV & Ampersand Fiction Pact for Three Titles
Next Doctor Foster Being Adapted in the Philippines 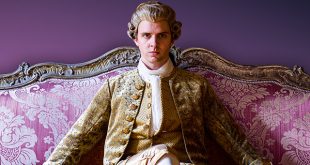 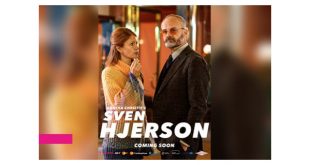 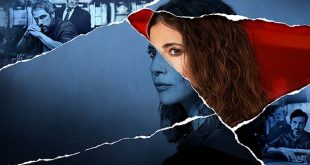 WorldScreenings: ZDF Enterprises Places Bets on ANA. all in. 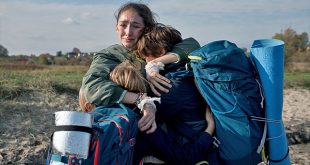 ZDFE On Board for Sløborn 2 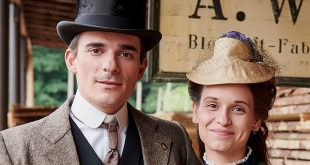 Apple TV+ has ordered Hello Tomorrow!, a new half-hour dramedy that will star Emmy and Critics Choice Award winner Billy Crudup, who will also serve as an executive producer.