The Affair Lands on Oz’s Presto

SYDNEY: All ten episodes from the first season of the Golden Globe-winning drama series The Affair are now available to stream exclusively on Presto in Australia. The Affair centers on the romantic relationship between a man and a woman who are both married to other people. The show, which stars Ruth Wilson (Luther) and Dominic … 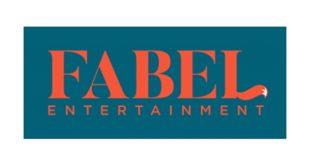 Author Cherie Dimaline and showrunner Kai Wu are on board for Fabel Entertainment's first horror/fantasy series, Empire of Wild.