Period dramas and film versions of classic novels have long been hallmarks of Russia Television and Radio’s catalog, and the genres remain in high demand globally, according to Julia Matyash, director of Sovtelexport.

“Period drama maintains its position as one of the leading genres on the international market,” Matyash says. “Last year, it had the most success.”

The epic historical production Ekaterina, including seasons one and two and the long-awaited continuation of the saga, Ekaterina. Pretenders, has been a best-seller, she adds. The series has been broadcast in 104 countries.

The period dramas Sophia and Godunov are in demand as well. The miniseries Sophia was licensed by Señal Colombia, while Godunov was sold to channels in Asia and Eastern Europe. “Viewers choose period dramas for their great events and characters, dramatic plots, lush costumes and decorations,” says Matyash.

The Terrible, which tells the story of great love and relentless brutality of the first Russian Tsar, Ivan IV, fits the bill. “The brilliant cast, hundreds of extras, over a thousand costumes and 400 elaborate prosthetic makeup designs will take the viewer right to the 16th century—a time of important historical changes and people’s emotional drama,” Matyash says. “The program corresponds to the signature style of Russia Television and Radio’s catalog. Our international partners look forward to seeing this type of content from us every year.”

Inspired by real historical events, The Optimists: Caribbean Season is a love story that unfolds during the 1960s against the backdrop of the Cuban Missile Crisis. “It is a refined detective story that always resonates with the audience,” Matyash adds. “The series is not limited to one genre only: it is a perfect combination of a love story, spy drama, action and light notes of humor.”

Also in demand are film versions of acclaimed Russian classics, including TheIdiot by Fyodor Dostoevsky, Anna Karenina by Leo Tolstoy, Fathers and Sonsby Ivan Turgenev, And Quiet Flows the Don by Mikhail Sholokhov and The White Guard by Mikhail Bulgakov, which “give viewers an opportunity to meet the characters of their favorite books again,” Matyash says. “They come alive on-screen, played by brilliant actors and actresses. Such programs are in steady demand.” Anna Karenina, directed by Karen Shakhnazarov, was recently sold into MENA to air on OSN.

Dramas inspired by popular books of modern Russian authors are also in demand, she adds. The First Circle by Aleksandr Solzhenitsyn, Blackout by Alexey Ivanov and Zuleikha Opens Her Eyes by Guzel Yakhina “surprise audiences with strong and emotional stories and striking characters created by talented writers,” says Matyash. The novel Zuleikha Opens Her Eyes has been published in 34 countries, and the series adaptation is piquing the interest of buyers from European channels.

“Titles based on books are appealing because in most cases, the plot centers on real events and people,” Matyash adds. “Their messages are simple—love, family and humanity—and therefore, will resonate with viewers of any nationality.”

Looking ahead, Sovtelexport will be eyeing the new opportunities presented by the proliferation of on-demand platforms globally. “The pandemic has accelerated the growth in the number of new streaming services worldwide,” Matyash says. “New companies are actively looking for their own niche in the market without competing with Netflix, for example. They focus on providing their viewers with content most distant and different from what is presented by the major platforms.

“Also, many online platforms turn to increasing content rotation. For example, a film remains available for 30 days on the basis of SVOD and then it gets replaced by a new one and, in case of its high rating, it is transferred to the TVOD category. Thus, the coming year offers significant prospects for distributors, and we expect to take advantage of them.”

Kristin Brzoznowski is the executive editor of World Screen. She can be reached at kbrzoznowski@worldscreen.com.
Previous Shahid VIP Lines Up Arab Sci-Fi Drama
Next Inter Medya Brings Endless Love to Russia 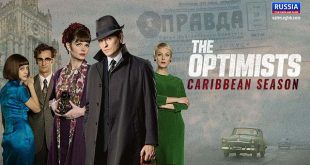 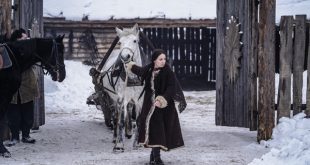 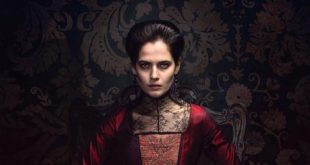 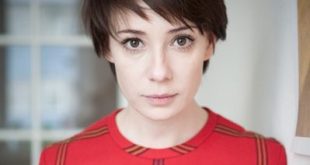 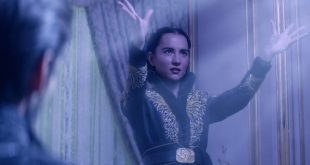 The Netflix fantasy series Shadow and Bone, based on Leigh Bardugo's worldwide best-selling Grishaverse novels, has been renewed for a second season.