Roughcut TV has furthered its move into drama production with the appointment of Sophia Rashid and Aisling Kiely as drama development producers and the promotion of Marianna Abbotts to executive producer of drama.

Kristin Brzoznowski is the executive editor of World Screen. She can be reached at kbrzoznowski@worldscreen.com.
Previous Good Omens Renewed by Amazon
Next Channel 5 Picks Up Departure 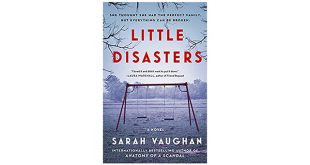