Highlighted by the second seasons of Vienna Blood, Stella Blómkvist and Departure, Red Arrow Studios International has a strong stable of returning crime dramas for buyers looking to add some compelling whodunits to their schedules. The distributor also has a slate of TV movies in the crime space, Gerhartz tells TV Drama. He weighs in on cutting through in a crowded market and touches on trends to watch in the months ahead.

TV DRAMA: What are some of the new crime dramas available from RASI?
GERHARTZ: We have the second season of Vienna Blood, which we were fortunate enough to safely shoot on location in Vienna in late 2020 and is now set to be delivered this year. The series is produced by Endor Productions and MR Film for ORF (Austria) and ZDF (Germany), and we already have BBC Two and PBS on board for season two following the success of the first season in the U.K. and U.S. The new installment features another three feature-length episodes, adapted by acclaimed screenwriter Steve Thompson from Frank Tallis’ best-selling novels.

Also returning for season two is Departure, the conspiracy thriller about a crack team of investigators at the elite Transport Safety and Investigations Bureau, who are tasked with unraveling the mysteries behind a series of shocking air, sea and land disasters. This second season focuses on the tragic crash of a high-speed train traveling from Toronto to Chicago and stars Archie Panjabi, who reprises her role as Kendra Malley, plus Kris Holden-Ried, Jason O’Mara, and of course, the late Christopher Plummer in his last TV role. [The second season is] produced by Canadian production company Shaftesbury and Deadpan Pictures (Ireland). The first season was very successful, it was commissioning network Global’s number one fall series in 2020 and a success for broadcasters, including Peacock in the U.S. and NBCUniversal in Europe, so we have high hopes for season two.

Also based on literary IP are our enduringly popular detective series Bosch and the stylish neo-noir crime drama Stella Blómkvist. Bosch, produced by Fabrik Entertainment, is Amazon Studios’ longest-running original series, and its seventh and final season is now in production. The second season of Stella Blómkvist is set to be delivered later this year, following its commission from Síminn TV and Viaplay.

We also have series based on real-life criminal events, such as Dignity, which centers on a mysterious Germanic cult called “Colonia Dignidad,” established by a former Nazi soldier in Chile, and the quest by a young federal prosecutor to bring him to justice. The series was shot on location at the cult’s former enclave in southern Chile and is commissioned by Joyn (Germany) and Mega (Chile), and produced by Invercine & Wood and Story House Productions, in co-production with the Chilean television fund CNTV and Mega.

TV DRAMA: What are audiences looking for in crime dramas today, especially in a time when I understand viewers want lighter, more upbeat shows?
GERHARTZ: While I think it’s true to say audiences are looking for uplifting and feel-good content, I expect in the longer-term this will balance out and we’ll return to a position where some viewers will still want a more lighthearted escape from reality, but others will want to understand it or find meaning and resonance in shows with darker, more challenging themes. As such, we are trying to keep our approach to both our crime drama and wider content offering as broad as possible to ensure we have a little bit of everything and can meet all audience and broadcaster demands as they evolve.

I also think it’s important to note that the rapid proliferation of options for content means there is now room for all types of shows. Within crime drama specifically, we’re seeing linear channels and platforms look to procedurals and series that are lighter in tone and easy to schedule, such as our scripted format Einstein—the series was originally produced by Zeitsprung Pictures as a SAT.1 Original Series and is also back in development for a local remake with CBS in the U.S. Whereas with pay-TV and VOD platforms, there is scope for more complex programming, which is maybe darker in tone and themes but keeps audiences gripped and returning episode after episode, such as Bosch.

We’re also seeing strong interest in our crime TV-movie slate, as audiences are also looking for fresh content that works for the whole family and isn’t too much of a time commitment, for example, our Blind Detective, Island Doctor and High Society Murder movie collections. They are also cost-effective and offer flexible scheduling opportunities for broadcasters.

TV DRAMA: What are some of the innovations you’re seeing in this enduring genre?
GERHARTZ: On the business side, we’re increasingly finding many platforms—global, regional and national—open to a greater degree of flexibility when it comes to windowing across all genres of drama content, including crime, and we expect this to continue as the cost of producing drama remains high and the trend for producing local content continues. Covid-19 has also caused many production delays, leaving platforms eager to find new content to keep their offering fresh and engaging, so they are more than ever open to sharing shows and IPs to achieve this.

For example, Bosch is a series we have been able to window extensively after Amazon’s first-run rights and the initial deals we did with broadcasters in territories such as Australia and the Nordics. Second-window deals have been concluded covering dozens of territories, including key markets like France and Germany, with local platforms sometimes airing day and date with the Amazon launch.

On the creative side, rather than brand-new innovations, we’re seeing the consolidation of a number of trends in the crime space, which have been developing over some time. For example, crime remains one of the genres driving the success of local-language content internationally, most recently with the success of Lupin. Also, alongside a lot of traditional crime shows, there’s a number of shows mixing genres and placing crime narratives within fantasy, comedy or historical settings, such as Carnival Row, Tin Star and The Serpent. We’re also seeing an increase in the number of anthologies with multiple seasons featuring different characters and storylines within the central context of the show, for example, True Detective and The Sinner, as well as series being developed into multiple formats with local-market adaptations from a local team of writers, which are all supervised by the show’s overall creator—Netflix’s Criminal is a great example of this.

Finally, we’re seeing an increasing number of sunny and escapist settings being utilized within crime dramas off the back of the success of Death in Paradise, for example, and the second season of Bulletproof.

TV DRAMA: Are your crime dramas largely local productions or are there opportunities for cross-border co-productions?
GERHARTZ: We have a mix of both locally produced and international co-productions within our crime drama slate. For example, Bosch is a local production from Fabrik Entertainment, while Vienna Blood crosses borders within Europe and is produced by Endor Productions and MR Film in Austria, for ORF and ZDF, with the assistance of Televisionfund Austria, TV-Filmfund Vienna and Niederoesterreich Kultur.

Our series Dignity is a Chilean and German co-production—a rare pairing but has ensured the series gives a balanced and authentic representation of Colonia Dignidad as it sheds fresh light on this dark chapter of German and Chilean history.

TV DRAMA: Did Covid-19 have an impact on any of your crime dramas in the last year? If so, how did you adjust to the new guidelines?
GERHARTZ: Yes, we lost out on five to six months of production activity on a couple of our key crime dramas due to the pandemic. In March 2020, we had the second seasons of Vienna Blood and Departure and Bosch season seven at the preproduction stage, and had to pull back on all of them. We spent a lot of time over the spring and early summer working out the realities of going back into production in accordance with the safety protocols applicable to each show during Covid-19. Thankfully, we were able to get both back into production to deliver pretty much on schedule.

In terms of adjusting to the guidelines, considerable modifications had to be made during production. For example, with Vienna Blood, the crew was split into several operating groups and zones, which remained independent of each other, so if an infection occurred, it could be contained within one zone and wouldn’t shut down the whole production. The kits and changing/make-up stations were individual to each cast member; only one actor was in makeup or costume at any one time, and the areas were regularly cleaned after each use. Hygiene officers and a consulting doctor were on hand to check that safety measures were implemented, and masks had to be worn by every cast and crew member throughout the day and changed every four hours. Regular testing of cast and crew was also carried out.

The order of shooting was also amended so that, wherever possible, scenes involving several cast members were moved to the end. The locations also drove the schedule more than usual to ensure the movement of cast and crew could be minimized and every location was shot in one go. The show also looked to post-production wherever possible to enhance the results of the shoot through the use of green screen and digital crowd creation, for example.

As the new safety protocols came out for each of the relevant countries, we had to cost them out and address the impact on production costs, which has been significant across the board. We had to raise additional funding to absorb the additional compliance costs and cover those extra costs arising from the suspension of activities back in March [of last year].

Mansha Daswani is the editor and associate publisher of World Screen. She can be reached on mdaswani@worldscreen.com.
Previous HBO Europe Orders Hungarian Drama The Informant
Next ITV & Dancing Ledge Unveil Mentors for New Talent Scheme 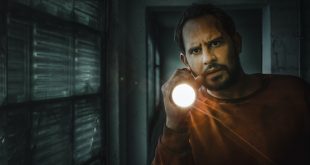 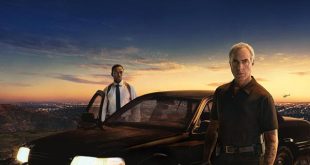 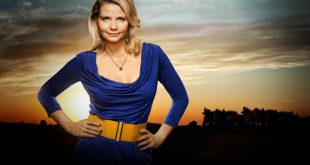 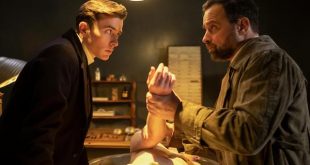 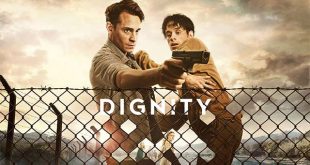 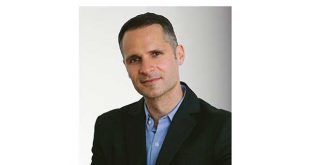