Dancing Ledge Productions (The Salisbury Poisonings) and ITV have revealed the eight writers in the U.K. who have agreed to mentor eight rising stars in their New Talent Scheme.

All eight are invited to choose and mentor a new writer whose work they have been impressed by. The new writer will be given a non-refundable bursary and write a pilot episode for their own original TV series. The mentor will give feedback through the writing process, offer their expertise and encouragement, and help place the project with a production company and/or broadcaster. Dancing Ledge Productions will also run regular workshops with the mentees and organize Mentor and Broadcaster masterclasses.

Born out of a scheme setup in 2017 by ScreenSkills and Dancing Ledge, the initiative is designed to discover and nurture a new generation of TV writers, providing them with a career-changing opportunity. The mentees chosen so far include Abraham Adeyemi (mentored by Jesse Armstrong), Alex Straker (mentored by Noel Clarke), Nessa Wrafter (mentored by Lisa McGee), Tina Pasotra (mentored by Charlie Covell), Victoria Ibitoye (mentored by Abby Ajayi) with the remainder to be chosen and announced throughout the year.

Laurence Bowen, CEO Dancing Ledge Productions, said: “Nurturing emerging talent is absolutely at the core of what we do at Dancing Ledge. So with Polly, Chloe and ITV’s support, matching eight brilliant new voices with the most established writing talent in the industry as mentors is a wonderful celebration of everything we believe in as a company. It keeps us and the industry relevant and provides vital funds for new writing talent at a current crisis point for many.”

Abby Ajayi said: “Breaking into screenwriting and progressing from emerging writer to consistently working writer is phenomenally difficult and access to opportunities still remains unequal. If any of my experiences working in the U.K. and the USA could be useful to writers coming up, I was happy to share it. Paid schemes can be useful in that they allow emerging writers to connect with their peers and with the industry however, schemes aren’t enough. Writers need to be given the chance to do the job. The industry has to commit to hiring and paying writers from diverse backgrounds to write broadcast episodes of television.”

Jesse Armstrong said: “Maybe because I’m lazy, mean-spirited and don’t like young, talented competition, this looked like an ideal opportunity to stop the flow of new talent at source by dishing out terrible advice! I guess also because I felt like I had the time so the question was why not? All the people whose work I read were full of promise but the range of Abraham’s material and voice was very impressive. That and his ambition when we met up to chat. TV and film can be hard to approach or get a foothold in—it feels like the gateways are few and hard to navigate. All the little things we can do to open up ways in for new writers feel important.”

Chris Chibnall said: “There’s nothing more exciting than working with new talent—and there’s an explosion of writing talent right now. The challenge for any writer is to hone that talent into craft and a career that might mean they can create impactful, compelling screen drama for the next few decades. Writing can be a solitary and isolating job—so it’s nice to think that some of the experience I’ve accidentally gained might be useful to someone else.”

Noel Clarke said: “From Bulletproof writers’ room to hearing about his projects. Alex’s talent shone through for me. His ambition to tell stories from all walks of life and find new ways into the black experience make him definitely one to watch. I think you have to be confident in what you do but also have a willingness to take advice and learn and Alex has all of that.”

Charlie Covell said: “I’m a direct beneficiary of someone trying to find and champion diverse voices — I owe my career to Russell T. Davies and Nicola Shindler having been on the hunt for brand new LGBTQ+ writers when they were assembling the room for E4’s BANANA—so I’m really keen to lend my support to writers from any underrepresented group who might benefit from my mentorship.”

Lisa McGee said: “The offer to help an exciting new voice navigate their way into the industry was one I just couldn’t refuse. I love that Dancing Ledge are actively seeking out voices that can often get overlooked and television will be better for it, the fact that they are backing up the mentorship with financial support is vital, it allows writers without the freedom privilege can offer the space to think, create and hone. I was immediately drawn to Nessa Wrafter’s work—I think she’s an incredible talent and we share an obsession with the nature of female friendship…so I thought we were a good fit. I feel very lucky to be allowed to play a tiny part in her journey.”

Paula Milne said: “The great William Goldman said it better than me ‘Nobody knows anything.’ He means that writers must stand by their ideas because producers/studios and broadcasters can’t predict what will be a hit with audiences however much they claim they can. If writers succumb to that, they risk compromising their vision, and unique voice. This especially applies to political/contemporary dramas because the industry traditionally tends to recoil from them. If writers abnegate on our responsibility to reflect the inequalities and injustices of the society we live in—we’re like soldiers without a country—we’re no better than mercenaries. “

Sarah Phelps said: “A mentoring scheme like this is vital because it opens the door for new creative talent that might not otherwise be heard and seen. A lot of schemes in the creative industries are dependent on people being able to afford to take time away from work. The majority of people don’t have that luxury. If television is going to enjoy the very best new talent, it needs to give space and time to that new talent, to invest in them. Only then can we as an audience and television as a huge creative industry truly revel in the multiplicity of voices this country has which too often, go unheard.”

Chloe Tucker, drama commissioner at ITV, said: “We are thrilled to be partnering with Dancing Ledge on the New Talent Scheme, following the success of the last initiative. ITV is passionate about supporting new writing talent and their ideas, and it’s incredible to have the most exciting established writers mentoring these eight new voices. This initiative has proved there is something very special and unique in the way that writers can develop other writers.”

Chelsea Regan is the managing editor of World Screen. She can be reached at cregan@worldscreen.com.
Previous Red Arrow Studios International’s Prime Crime
Next Our Kind of People Set for FOX 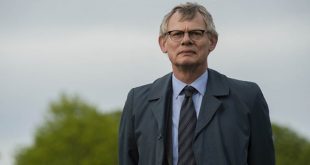 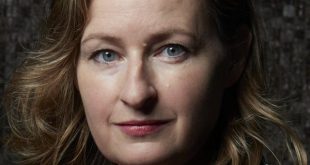 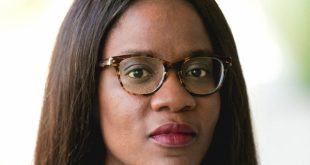 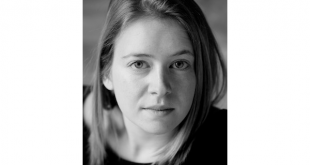 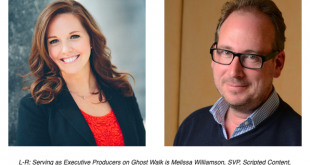