Rainmaker Content and Leonine have closed an agreement for the worldwide distribution of Professionals.

Per the deal, which marks the first collaboration between Rainmaker Content and Leonine, Greg Phillips and the team at Rainmaker will take on sales for the ten-part blue-sky action series and will launch it at MIPCOM. Nordic Entertainment Group (NENT Group) will premiere Professionals across the Nordic region on Viaplay. German broadcaster RTLZWEI has pre-bought the free-TV rights to the series, while TNT has picked up the German pay-TV rights.

Professionals is set in the world of international espionage and corporate sabotage in the 21st century’s privately-funded space race. After an advanced medical satellite explodes on deployment, billionaire futurist Peter Swann and his fiancée, medical visionary Dr. Graciela “Grace” Davila, turn to a hardened former counterintelligence officer, Captain Vincent Corbo, who assembles a team of experienced professionals to investigate the incident. They ultimately learn that a combination of Swann’s business rivals, corrupt government officials and a shadowy crime syndicate could be behind the attack and represent a continued threat.

Greg Phillips, co-CEO of Rainmaker Content, said: “We’re excited to team up with Leonine to handle sales on Professionals. This show is tailor-made for the worldwide marketplace. Created with really great production values and shot in some amazing locations, it’s fantastic to have such a broad, blue-sky action series that has been able to complete production and is ready to go, thrilling to watch, and just the escape that audiences are looking for right now.”

Chelsea Regan is the associate editor of World Screen. She can be reached at [email protected]
Previous Sarah Doole Tapped as CEO of RED Production Company
Next Spotlight: Global Screen 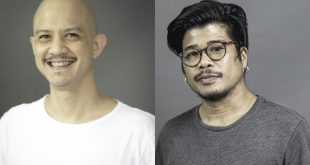 Netflix has in the works its second Thai original series, Bangkok Breaking, produced by Production Playground.