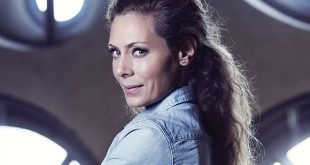 Audiences are seeking out escapist series with compelling characters and virtual trips abroad.