Taking place on October 18 at 6:30 p.m. in the Palais des Festivals, the premiere screening will be followed by a Q&A with cast member Toko Miura (Drive My Car) alongside award-winning producer Ayumi Sano (My Dear Exes, Quartet).

Miho Okada, executive managing director at Kansai TV, said: “Though it deals with a serious issue, Elpis has darkly comedic dialogue along with a plot that will pack an emotional punch for viewers. We are very proud of what the amazing production team and performers have created, and to share it first in Cannes with our global industry is a privilege. We believe it is a show that will surprise in Japan and internationally this fall.”

Lucy Smith, director of MIPCOM Cannes and MIPJunior, said: “The global appetite for authentic, authored international drama has never been stronger. The standard has also never been higher, with Elpis yet another exceptional example. We are thrilled to stage it and to bring the tradition of the Asian World Premiere back to this year’s full-strength MIPCOM.”

Kristin Brzoznowski is the executive editor of World Screen. She can be reached at kbrzoznowski@worldscreen.com.
Previous BBC Drama Alum Tapped By Fifth Season for U.K. Role
Next ABC Australia Readies Significant Others Debut 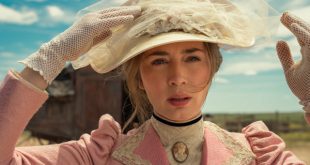 The English to Receive Red Carpet Premiere at MIPCOM 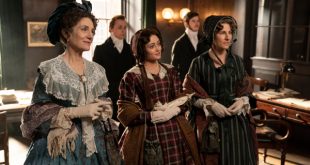 EPIX Greenlights Belgravia: The Next Chapter

EPIX, which is rebranding as MGM+ in January, has ordered the eight-part series Belgravia: The Next Chapter (w.t.), a continuation of the hit historical drama Belgravia.