Home / Profiles / Drops of God Stars Go Behind the Scenes

Drops of God Stars Go Behind the Scenes


Based on the popular Japanese manga of the same name, the brand-new multilingual drama Drops of God takes place amid the world of gastronomy and fine wines. When Alexandre Léger, creator of the famous Léger Wine Guide, passes away at his home in Tokyo at 60, his estranged daughter flies to Japan and discovers that, in his will, her father has left her a massive wine collection. In order to claim the inheritance, however, she must compete with a young oenologist her father had taken under his wing and referred to as his “spiritual son.”

The series is a true global co-production, with partners Legendary Television, Dynamic Television, France Télévisions and Hulu Japan, and stars a diverse cast from around the world, with Fleur Geffrier starring as Camille Léger, Stanley Weber as Alexandre and Tomohisa Yamashita as Issei Tomine, Alexandre’s protégé. 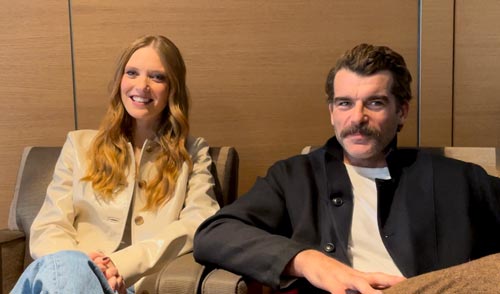 Geffrier tells TV Drama Weekly’s Mansha Daswani that she watched a lot of anime when she was a teenager and was excited at the opportunity to take part in an adaptation. Like many actors who star in adaptations, though, she didn’t read much of the original material beforehand. “I started to read the manga before shooting, and I realized it was so different, so I stopped,” she says. “I didn’t want to mess with my ideas of the character.”

Weber notes that he received parts of the manga from the production companies, but only read about 15. “The manga is awesome,” he says. “But I was not used to reading mangas, and I [wanted] to find as many details I could find about my character, and once I [did] that, I [decided to] focus on the script. Reading the manga allowed me to realize how good the adaptation was, which was interesting. How modern it was, but in a good way.”

One major difference is that Alexandre’s heir was switched from a man to a woman (Camille). “The way they did it was very subtle and very clever,” Weber says. “It was very interesting to me to see the differences that made it such a special thing.”

Both Geffrier and Weber agree that part of the reason they were attracted to the project was the cast list and, in particular, the director, Oded Ruskin, who handled the multicultural aspects with ease.

“The thing about this particular project was the fact that we had a great director, and they infuse the rhythm and create the atmosphere on set,” Weber says. “What Oded created on this set with everyone around—because he’s from a difficult culture as well; he’s from Israel—was a very joyful environment where everyone was artistically engaged. He would leave freedom for everyone to artistically create something. And that’s great, because then all the different cultures can add their own thing.”

Through his nearly two decades-long career, Weber has learned that “you can be in many different productions with a lot of money, but it always comes down to the guy who’s going to be running the set: the director.”

And when you have a great director, he says, “it reminds you why you choose to do this job because all of a sudden you meet so many different people from different cultures, and we’re all very at ease with each other because of the director, who created this free space where we feel safe. And we’re not afraid of being ridiculous, because that’s what the job is, right? You should never be afraid of being ridiculous. You should always take your job very seriously without taking yourself very seriously. And he’s the kind of man who created this environment that allowed every culture to bring their own stuff.”

Part of Drops of God’s shoot took place in Japan, though much of it was in Thailand. “We were supposed to go to Japan for two months, but the borders were closed because of Covid, so we went to Thailand, which was great. When we were in Thailand, they opened up the borders. We went there with a little crew for a week in Tokyo.”

Back in Thailand, Geffrier notes that filming was difficult “because of the heat and moisture in the air. It was very intense, but the people were very nice. [There were] so many people on the crew, sometimes 180 people working all together. That was really impressive.”

Weber notes that working with such a multicultural mix of talent and in different locations allows you to see the differences in how various cultures work. When the Japanese actors arrived, “it was fascinating to see how professional they were, how quiet they are,” Weber says. “They would be so centered.” He then adds, “but when we would have a chat with them at night, they’d be like, ‘Oh, I wish I could be like you, running around and making jokes to everyone.’” Meanwhile, he was hoping one day he would “be able to stand for an hour and not move, the way Tomo would do.”

In this kind of production, “it’s richer to mix all the cultures, not just everybody [doing] his thing on his own,” Geffrier says. “Everything is mixed, and you grab a little bit of this, a little bit of that,” and learn from each other.

Drops of God is headed to Apple TV+, excluding Japan, where it will make its debut on Hulu. 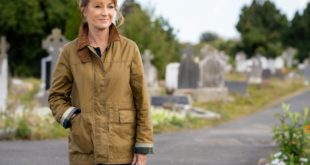 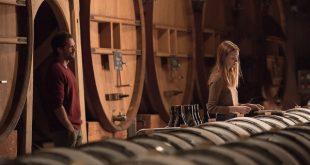 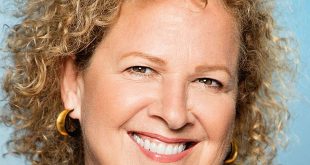 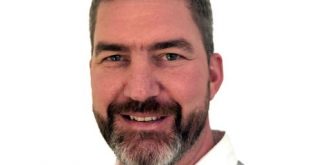 The head of scripted shares his thoughts on evolving financing models and the keys to cutting through in the age of peak drama.