Boat Rocker & Lena Headey Partner for The Girl and the Goddess

Boat Rocker Studios has partnered with Lena Headey and her production company, Peephole Productions, to produce a series adaptation of The Girl and the Goddess.

Based on the best-selling book of the same name by Nikita Gill, the series will follow a woman named Paro as she begins university in London. When she starts to have flashbacks to her childhood in India and its partition, Hindu deities appear to guide her.

“We’re thrilled to be working with Lena and Peephole Productions to bring Nikita’s beautiful story to the screen,” said Katie O’Connell Marsh, vice-chair of Boat Rocker Studios. “We know that global audiences will be as captivated by the powerful and original storytelling as we are.”

“I’ve long been in love with Nikita’s words,” added Headey. “The Girl and the Goddess is a tale that just begs to be seen and celebrated.”

“I’m delighted to be working with Lena, Peephole and Boat Rocker to bring my deeply personal tale The Girl and the Goddess to life,” said Gill.

Jamie Stalcup is the associate editor of World Screen. She can be reached at jstalcup@worldscreen.com.
Previous Netflix Ties Up with Unorthodox Creator Anna Winger
Next Projector Pictures Options Espionage Thriller Trilogy 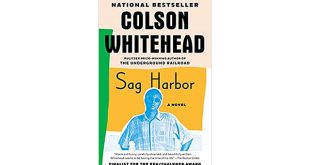 Netflix has lined up the new original series Jigsaw, which counts Ridley Scott among its executive producers and Giancarlo Esposito among its cast.