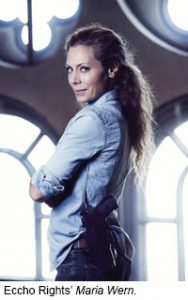 Audiences are seeking out escapist series with compelling characters and virtual trips abroad.

Even before a pandemic upended the lives of people across the globe and fundamentally shifted the way they consume media, viewers were showing fatigue for darker drama. A bit of blue sky was what the international mood wanted; now it’s what it needs. And not only do blue-sky dramas serve as a curative on darker days in uncertain times and a figurative escape to lower-stakes intrigue—but they also transport audiences around the world to scenic locales that travel restrictions would make difficult to visit in person.

“Audiences are showing an emotional need for passive viewing that enables them to sit back and relax, giving them a break from the news,” says Katie Benbow, director of sales planning at BBC Studios. “There is also a need for uplifting stories that allow audiences to come out the other side feeling happier, boosted and more confident about the world.”

BRINGING SUNSHINE
Nicola Söderlund, managing partner at Eccho Rights, also finds that viewers’ appetite for escapism has grown in the years since gritty dramas, with their gripping storylines and pulsing plots, began to dominate much of the drama landscape. “After a while it can feel a little heavy,” says Söderlund. “Not just with the current year and the pandemic, but in general the past few years, we have had almost a sense of impending doom around the world, with the Trump administration and political and economic uncertainty often around the corner. Coupled with the sense now that people have been trapped inside of their homes for so long, a bit of blue sky is literally what people need.”

Jan Bennemann, senior VP of acquisitions and co-productions at Dynamic Television, explains, “Like most things in life, these trends come in cycles. In recent years, there was a period with dark drama, a period of elaborate serialized shows, a period with many damaged lead characters. This period of blue-sky drama is the counterbalance of people fed up with what they’ve seen in the last few years.”

In keeping with the idea of giving people a window out of both the darker drama and the confines of their homes, Söderlund believes that a couple of blue sky’s key ingredients—location and environment—enable the shows to pull double duty as travel programs. Maria Wern, a crime drama on Eccho Rights’ slate set on the island of Gotland off the Swedish Baltic coast, is one example of such a program. Viewers “can get lost, not just in the stories, but in the beautiful scenery and the fabulous locations,” says Söderlund.

Bennemann, too, recognizes blue-sky drama’s transportive potential—and why it’s incredibly valuable at present. “Visually, there are plenty of stunning sets and sceneries used as backdrops for a series, which becomes a real asset for the show. It’s something that makes it globally appealing because the audience can travel the world with a show. Especially in these times, when traveling has become a complicated thing.” Bennemann adds, “Sitting down on a Sunday night to watch a blue-sky drama that takes you to beautiful places is something that many people crave.”

Of course, the scenery alone is not enough to win the hearts of audiences. Characters that provide viewers reasons to become invested in them, and the interpersonal drama that swirls around them, are essential. “Compelling characters are hugely important for grounding the drama in stories in these types of shows and sucking you into the narrative,” says Maartje Horchner, executive VP of content at all3media international. “Once you’re engrossed in the characters, you just have such an appetite for watching their stories unfold, despite the sometimes lighter sensibility.”

These characters, their relationships and the emotional aspect they bring “sets a blue-sky offering apart,” according to BBC Studios’ Benbow. “It’s about finding authentic characters that feel relatable for an audience and putting them in an environment where they have some sort of soft challenge they can resolve by the end of the episode,” she says. “The situation doesn’t have to be familiar, but if the audience can recognize themselves in characters, and their reactions and feelings, then the language is universal.”

MIND YOUR LANGUAGE
Further boosting a series’ ability to travel is audiences’ increased openness to watching foreign-language titles, either with subtitles or dubbing. “An element of blue sky is the importance of being authentic to where the story takes place; the central aspect of that is language,” says Dynamic’s Bennemann. “The fact that foreign-language drama has in the last couple of years picked up in terms of marketability enables us to take grounded drama to interesting places across the world and have them in the original language. The international appeal and acceptance of watching a drama set, filmed and spoken within the location and society faithful to the original storyline are invaluable and open immense creative opportunities to the world.”

Söderlund of Eccho Rights agrees, pointing to how Nordic noir helped to crack through the language barrier to reach English-speaking audiences. “As with many other genres, we see the market becoming more open to non-U.S. and non-English-language content. The Nordic noir movement has opened people’s eyes to the amazing creative talents in our region, for example, but we have no doubt that some lighter fare from a Swedish fishing village, with light comic and romantic touches, can work just as well internationally.”

Unsurprisingly, literary adaptations remain popular with viewers and broadcasters alike, as they come with built-in fans and a story that’s already proven its ability to enrapture. “Book IP and true-life narratives are really fertile material for TV adaptation,” says Horchner, who points to All Creatures Great and Small as the type of blue-sky drama that provides “lighter, warmer, escapist worlds to truly get immersed in,” set against the wonders of the Yorkshire countryside.

Eccho Rights, meanwhile, is launching Hammarvik, a series created by the Swedish novelist Camilla Läckberg, who has sold over 20 million books worldwide that have been translated into 40 languages. “With that kind of a track record, it is easier to get a commission and subsequently make an impact on the international market,” says Söderlund. The Viaplay original centers on an unsolved missing persons case, a family feud and a romance that rocks a fictional seaside community.

At BBC Studios, Benbow says, “Our customers are still really hungry for literary adaptations,” adding that the company has gone into production on The Pursuit of Love, an adaptation of the Nancy Mitford novel from Emily Mortimer, which has Amazon on board. “There is still really high demand for literary IP from both a commissioning and acquisition point of view.” Also in demand is fantasy, which, as Benbow points out, “has endless possibilities when compelling new worlds are created.” BBC Studios is soon to roll out The Watch, inspired by Terry Pratchett’s Discworld series, which “weaves together fantasy and crime, with a great deal of humanity and humor about it too,” Benbow says.

MIXING IT UP
Blue-sky drama procedurals are natural hybrid series, according to Dynamic’s Bennemann. “It takes a recipe that has worked for years, like The Sommerdahl Murders, which we built on the back of Nordic noir’s success,” he says. “We turned it into a ‘Nordic blue.’ Blue-sky procedurals are hybrids and very successful.”

And these blue-sky shows can find success whether they are long-running staples or event pieces. “Shows like Death in Paradise, Gavin & Stacey, The Vicar of Dibley and Call the Midwife are all doing incredibly well due to their long-term value,” says BBC Studios’ Benbow. But, adds Benbow, “you only have to look at the success of I May Destroy You to see how an event piece that connects so personally with viewers can reach phenomenal success with an international platform, in this case, HBO.”

Bennemann adds, “It all comes down to finding an arena and finding a place to set the drama that is close to home.”

In agreement is all3media international’s Horchner, who says that universal subject matters like relationships, friendship, family dynamics and love are really important in a blue-sky drama. Referring to Ackley Bridge, one such series on all3media international’s slate, she says, “You’ll laugh, you’ll cry—and you’ll certainly engage as real life collides with dreams and aspirations.”

“Blue-sky drama enables that little moment of respite,” explains BBC Studios’ Benbow. “That is what people are looking for.”

Chelsea Regan is the managing editor of World Screen. She can be reached at cregan@worldscreen.com.
Previous Anna Winger
Next Spotlight: Inter Medya 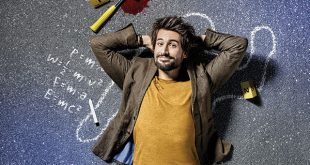 Mansha Daswani hears from leading distributors about how to make an impact in the ultra-crowded crime-drama landscape.