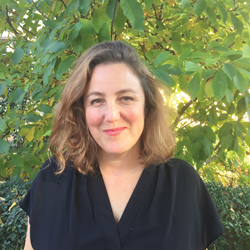 Novelist and screenwriter Anna Winger has often written about experiencing the world as an outsider. An American ex-pat in Berlin in her novel This Must Be the Place. A young, inexperienced East German man sent as an undercover spy to West Germany in Deutschland 83 and Deutschland 86. A teenager fleeing her Orthodox Jewish community in the miniseries Unorthodox, which was nominated for eight Emmy Awards. In juxtaposing cultures, belief systems and lifestyles, Winger highlights humanity’s common threads, which helps us understand others and ourselves.

TV DRAMA: How did Unorthodox come about, and how is the TV adaptation different from Deborah Feldman’s book?
WINGER: For a while, I had been interested in making something that spoke to the German Jewish experience or Jewishness here in Berlin. I had another project that I had been talking to Alexa Karolinski about. She’s a documentary filmmaker who’s made movies that speak to the German Jewish experience—post-Holocaust life and love. [I know] Deborah—our kids go to school together. I told her I had read and loved her book, and she said, You should make a TV show of it. I’m used to making things up from scratch. The book is a memoir, and I felt it would have to be different to be a TV show. But she trusted us and gave us her blessing. Alexa and I broke it apart and put it back together. We made something different out of it. The best adaptations should become their own projects, and we were grateful that Deborah trusted us with the material. She loves the TV adaptation, and it’s very true to the spirit of the book, even though many things are different. Everything from the moment Esty leaves home is made up, including the activation of Yanky as a character. We invented Moishe. The book is about Deborah’s whole life. We used the story of the arranged marriage; its back story is from the book. Part of those choices had to do with protecting Deborah because she is a young woman and well known in Germany. We didn’t want to tread too close to her real post-Orthodox life.

TV DRAMA: Is the process for adapting a book for the small screen significantly different from writing an original story?
WINGER: It’s not, but I had never adapted a book before. In the end, even with an adaptation, you have to make it your own. One thing that helped is that we changed everybody’s names because then we had more liberty with the characters. We had to figure out which parts of the book we were going to use and what would happen to Esty in Berlin that would be different from Deborah’s life in Berlin. We married the book with all these things we had [discussed] about being Jewish in Germany and Berlin and the many layers of history. We felt it made a lot of sense because there is this doubling back on history that happens when Esty returns to the origins of her community’s trauma in order to set herself free. That is true. When you come here to work as a Jew, you think about the Holocaust a lot. To understand that it happened here, how and why, and not make your peace with it exactly but learn to live with the many dichotomies of Berlin history and life is very interesting because there are many ways in which Jewish culture comes from this part of the world. Many things feel like a homecoming when coming back here, but, of course, simultaneously, you have to deal with the history of the 20th century.

TV DRAMA: Tell us about writing the first episode of a series and finding an entry point for the viewer. Is that one of the most challenging things to do?
WINGER: Writing a pilot is always difficult. I’ve always written them by myself, even though I created both Unorthodox and Deutschland with other people. As a writer, or as the head writer of both shows, I need to find my way into the voice and rhythm of the show. That is why I’ve always written them by myself, which is weird because, in America, I now understand that the show’s creator is the person who writes the first episode. But I see creating a show as being more complex than that. I’ve never done it by myself. I’ve done it with my husband on Deutschland and with Alexa on Unorthodox. I’m a strong writer and head writer with both shows, but the conversation about what the show is about and who the characters are and the experience of breaking out a story is a collaborative process. I created Unorthodox with Alexa, and we had a pretty profound conversation about how to break it down and how these characters feel in the real world. You bring a group of people together to make a project. If you’re lucky enough to be in the position to choose who’s in the project with you, you want to invite people that you want to talk to about these themes and subjects. That part was really interesting with Alexa. Once we had drafts of the scripts, we [gave them to] Eli Rosen, who was our Yiddish translator and cultural consultant. He wasn’t just the translator of the scripts; he also helped us understand how [people speaking Yiddish] use the language, how they use English, and what they mean when they say certain things. All that anthropology or linguistics is very interesting. He was very helpful to Alexa and me in terms of understanding what we were writing.

TV DRAMA: Music is central in Unorthodox, but it was also important in Deutschland 83 and Deutschland 86. Is music a tool you use in your story­telling, or is it just coincidental that both use music?
WINGER: It’s not coincidental. It’s a huge part of the film experience for me. I write to music. I listen to music a lot. I feel the way into a story through music. For what I’m writing now, I made extensive Spotify lists to get into the feeling of it. The funny part is that I often don’t end up using the same music I think I’m going to use while I’m writing. It evolves. It provides the impetus to the writing, but it’s not necessarily the music you ultimately choose. But music is a very big part of it, and one of the reasons that I liked the idea of making Esty a musician instead of a writer is because I’m a writer. I think just sitting at a computer is boring to watch on screen, whereas music is live. It’s shared; it’s an essential experience that is great on film. I also find it very mysterious. I love music, but I can’t play any! There’s a school in Berlin called the Barenboim-Said Akademie, where Israelis and Arabs come together to play classical music. It’s funded by the German government. It was co-founded by Daniel Barenboim and is a utopia project. Frank Gehry designed their concert hall. It’s an amazing place in the middle of the city. Ever since I heard about it, I thought it was something that could exist only in Berlin. I always wanted to set something there, so we’re lucky that we got to use that in this show. It’s not the real place, but we used it as an inspiration.

TV DRAMA: Unorthodox emphasizes common human experiences, and Deutschland brings back a moment in history that needs to be highlighted. What do you think about the power of drama series to entertain, to inform and illuminate issues that maybe we wouldn’t know otherwise?
WINGER: I’m always driven into these projects by curiosity and always looking for metaphors in stories that help us understand our lives. For me, the ultimate is to be transportive in that way, so people relate to the material. I was so amazed by that when I made Deutschland 83 because it was my first TV show. This is a mass medium, and it’s meant to entertain and reach a wide audience. It was so satisfying that people responded to it on different levels: some were history buffs, some thought Jonas [Nay, the actor] was hot, some were moved by it, or related to it, and thought they, too, had had a fish-out-of-water experience. Some people had a lot to say about the politics of it. It was interesting. That’s what’s addictive about making [television series]. It’s different from writing a novel or working in the art world, which I’ve done in the past. TV is deliberately meant for a wide audience. That is the pleasure of it, nowhere so much as on Netflix, where a show drops in some 190 countries at the same moment. When you combine that with social media, you have this global conversation about something that is moving. It was mind-blowing! I’ve never done that before. Deutschland rolls out slowly across the world on different broadcasters. It was an incredible thing having people respond to [Unorthodox], and it was incredible for the actors to get all that feedback.

Anna Carugati is the group editorial director of World Screen.
Previous The Waiting Game
Next Truth Be Told 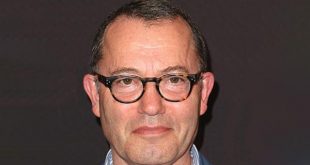 The founder talks about the inspiration for launching the independent production company Playground, the effects of the streaming explosion and finding new projects.