Home / Analysis / Behind the Scenes of The Americans

Behind the Scenes of The Americans

TV Drama Weekly’s Anna Carugati recently visited the set of FX’s critically acclaimed original series The Americans. She takes us behind the scenes of the 1980s-set espionage drama with interviews with co-creator Joe Weisberg and cast members Matthew Rhys, Keri Russell and Noah Emmerich. The period drama The Americans takes place in the 1980s, at …

The leading source of information for the international media business.
Previous Carmi Zlotnik
Next Amazon to Stream Starz’s The White Queen 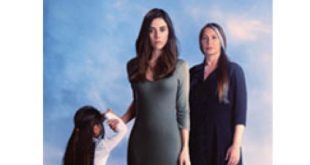 Turkish Spin on a Japanese Tale