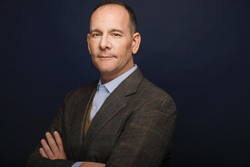 The procedural has been a television staple for decades. FOX’s 9-1-1, however, has introduced a level of heart-stopping, nail-biting, high-pressure situations seldom, if ever, seen in a network drama. Created by Ryan Murphy, Brad Falchuk and Tim Minear, the series features the firefighters and police officers who spring into action after dispatchers receive an emergency call. Minear is the showrunner for 9-1-1 and its spin-off, 9-1-1: Lone Star. While he has worked on edgier, game-changing shows, like American Horror Story, Minear says he enjoys the storytelling challenges presented by 9-1-1, even in the time of COVID-19.

WS: How did 9-1-1 come about, and what did you, Ryan and Brad want to accomplish with the show?
MINEAR: It came about because Ryan was fixing to depart for Netflix. He felt a certain loyalty to Dana Walden [at the time co-chairman and CEO of the Fox Television Group] and thought, “You know what would be nice? If I came up with an idea that would be a hit network show for my friend Dana.” I’ve never met a producer who could just decide to make a hit and then make a hit! Well, he did. He also wanted to create a vehicle that could showcase Angela Bassett on network TV, and he thought America wanted to see Angela Bassett in a uniform. That was the original thought. I remember taking a walk through the lot with Ryan, and he said, “I have this idea about a 911 operator. Wouldn’t it be great to call a show 9-1-1?” As is often the case with Ryan, it’s almost like he’s working from the subconscious part of his creative brain. There’s a thing that’s there, and he’ll grab it and spin it into something. Even in this instance where it’s very straight-ahead network popular entertainment, he knew exactly what would make it different from all the other procedurals on TV. I don’t think he was interested in creating a cop show or a firefighter show. Those things are standard, and you see them on TV all the time. What interested him was seeing that other element that I don’t even think you’ve seen that much of up until we did it, which is the dispatch center, the call center. The idea was that these first responders, these heroes, [form] three legs of the stool: the dispatchers, the firefighters/paramedics and the police. Those three elements together create a unique way into a procedural world.

Then Ryan, Brad and I [decided] that we wouldn’t have to have one plot driving an episode. What the viewers would have is almost the experience of going on YouTube and clicking on ultimate fail compilations or WTF compilations, the craziest things that happen in the world. Watching an episode would almost feel like that. You’d be going from a baby flushed down the toilet to nuclear material burning in a tunnel—from the sublime to the ridiculous. The tone could shift wildly and you’d be there [to hear] a 911 call, meet some people that needed to be saved, and watch these heroes running toward danger as opposed to what most of us would do, which would be run like hell in the other direction. With Ryan, you don’t have to go through the process that you would have to with a lot of shows, where you pitch, get notes, come up with a pilot idea, make a pilot, screen the pilot, they decide if they like the pilot, recast the pilot, start to make episodes. Everyone trusted us to create something and get it ready to go on air. The network ordered 13 episodes straight to series, and we dug right in and started making the show and figured it out as we went along.

WS: How do you get the ideas for the rescue situations? Did the incident with the baby flushed down the toilet happen?
MINEAR: It actually happened. That was in the pilot, and that particular case was the template for everything that was to come after. That was something Ryan wanted to do. A lot of the cases you see on the show are the result of us digging on the internet, finding crazy cases, and, as I said, almost replicating the feel of some viral video that you may have seen. That is the template for many of the cases, and a lot of the cases are based on real viral videos. That baby being flushed down the toilet happened in China. There is video footage of a baby in a pipe that has to be rescued because he got flushed down the toilet. The crazier the situation you see on the show, the more likely it actually happened. When we came up with the idea of the bouncy house at the birthday party flying a hundred feet into the air, you can go on YouTube and find many videos of bouncy houses that got caught in the Santa Ana winds or on a beach and flying a hundred feet into the air. In most cases, there aren’t people inside of them, so you take something that has a visual hook that feels like a viral video, and you try to place it into a relatable situation. That’s the other trick on the show: it’s not just insane things that happen, but usually, there should be an element that the audience can relate to. If you’re seeing somebody in a mall going up an escalator and that escalator fails, and they get sucked into the escalator, [that is a situation] you could relate to. That could be a typical day in your life, and then something goes terribly sideways. Those are the best cases. If I’ve frightened you off of stepping onto an escalator, then I’ve done my job.

WS: Was the plan to focus on the rescues and learn about the characters as the series progressed?
MINEAR: The DNA for that is right there in the pilot. When you first meet Peter Krause’s character, Bobby, he’s out on a ledge trying to talk a woman down who’s about to jump. Then you see him immediately after, sitting in a church talking to a priest, and we learn that he’s had a dark past of substance abuse. Later on in the show, we learn that he’s lost his entire family in a horrible fire that he feels responsible for. So yes, the idea from the very beginning is that there are emergencies that people deal with as first responders, but that everyone on some level—and this is the catastrophe that is life—has personal emergencies. We’re contrasting how people deal with personal emergencies and real-life emergencies when they have to confront physical danger head-on. And often, these people are better at saving a stranger than saving themselves, but in the end, they all save each other. I think that is also what has made the show a success. People want to see something positive on their screen. Not everything has to be some edgy anti-hero on a cable network. I’ve done that with Terriers and American Horror Story. But there’s something very [nutritious] about tuning in and seeing people who love each other, and who have each other’s backs and who are out there trying to do good—there is nothing ambiguous about that.

WS: Was the premise of 9-1-1: Lone Star different from that of 9-1-1?
MINEAR: Yes, I would say the biggest difference is that Lone Star began with a premise pilot, whereas 9-1-1 didn’t. In other words, when we came into 9-1-1, for the most part, the world was already in place. The new thing that would end up happening is Buck would meet Abby, and then Abby would meet the firefighters. After Abby left, Maddie came in, and she’s Buck’s sister, so that was a natural connection, but people weren’t coming into a new environment. With Lone Star, there’s very much a premise there, which is there is a firefighter named Owen [played by Rob Lowe], who survived 9/11 and rebuilt his firehouse. He comes to Texas to rebuild a firehouse after a similar all-encompassing tragedy. It was told from Owen’s point of view, whereas 9-1-1 was a little more diverse. With Lone Star, there was a lot more world-building that had to take place over the course of the first ten episodes. I remember getting this note from the network a lot on Lone Star: Well, we just wish that they felt more like a family, like 9-1-1. I had to explain to them that you can’t say that people who just met are suddenly a family. You have to establish who they are, and then you have to put them through a crucible and bring them closer together, and by the time we get to season two, Lone Star is as much of a family as the crew on 9-1-1.

WS: Are you running virtual writers’ rooms? Are you writing scenes so that they comply with COVID-19 safety guidelines?
MINEAR: Yes, we’ve been doing virtual writers’ rooms for several months, on both Lone Star and 9-1-1. I’m working with new writers on both shows that I’ve never met personally. Our entire relationship has been on Zoom with a lot of these people, so that’s interesting. We haven’t shot yet, so I’m conscious of it in the writing of it, but COVID-19 has happened in the world, so when [the shows] come back, our characters will have been through everything the audience has been through. They’re living in the same world. When they go out on a call, when they get off those trucks, they’re putting on the masks, right? They’re social distancing the way we are in real life, so presumably, some of the protocols that the characters are observing on-screen are also protecting my actors. It’s going to be a challenge to see how that goes. But we are covering COVID-19 on the show, hopefully without having it subsume the show. It’s there, but, for me, the service that I can render to my audience is to show that these beloved characters they’ve come to know are not letting the pandemic make their lives come to an end. We have to see that they can balance real life with this pandemic, and that life does go on. So that’s my mission statement this year for both shows. 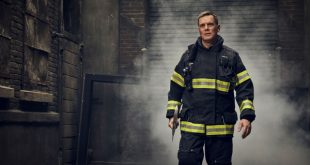 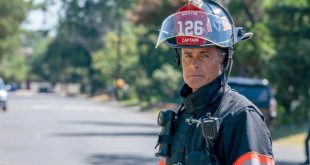 FOX Goes for Third Seasons of 9-1-1, The Resident 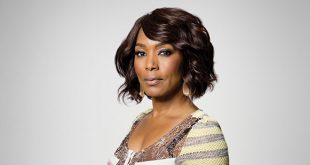 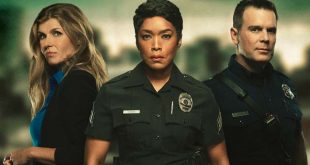 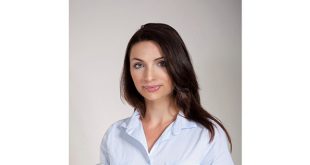