HONG KONG: WarnerTV in Asia will premiere the new FOX series Gotham, repped by Warner Bros. International Television, across the region shortly after its U.S. debut. The show will be "fast-tracked to Asian screens exclusively on WarnerTV," the pan-regional channel announced today. The Warner Bros. Television-produced show tells the origin stories of several DC Comics … 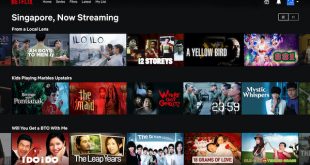 Singaporean Films & Series to Roll Out on Netflix

Netflix, through partnerships with Clover Films, Mediacorp, MM2 Entertainment and Memento Films, is set to progressively launch 106 Singapore-made films and series on the service.