SYDNEY: Veteran TV producer Hilary Innes, who most recently served as head of entertainment at ITV Studios Australia, has joined Network Ten as a senior member of the executive production team. Innes will report to chief programming officer Beverley McGarvey. The exec has worked on a range of TV productions, including I’m a Celebrity… Get … 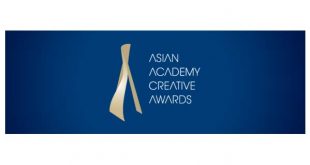 The 2021 edition of the Asian Academy Creative Awards is now open to entries produced across AsiaPac between July 1, 2020, and August 1, 2021.