Fashion Star to Premiere Across Asia

NEW YORK: Fashion Star, which was the focus of this morning’s Coffee With session at NATPE, will premiere across 20 countries in Asia on Diva Universal this spring, following the series’ March debut on NBC in the U.S.  The ten-episode series is hosted and executive produced by Elle Macpherson, who is joined by Jessica Simpson, Nicole Richie …

The leading source of information for the international media business.
Previous New Licensees for Care Bears in Taiwan
Next StarHub Enhances Hindi-Language Lineup 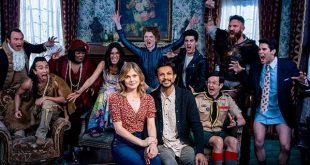